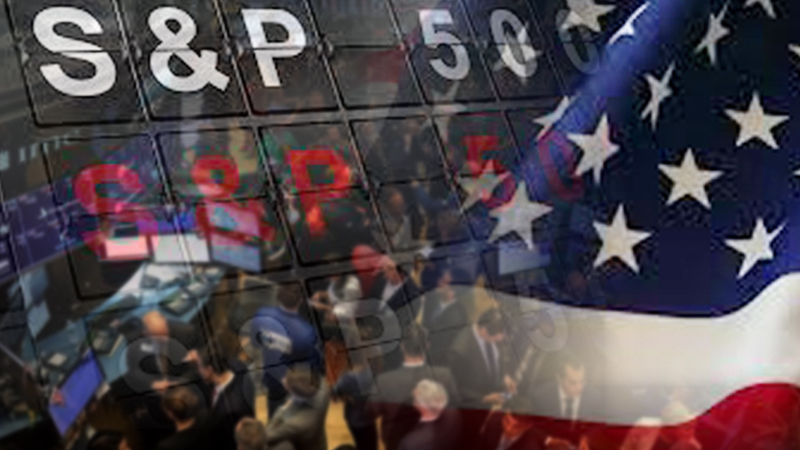 U.S. stocks fell for a second day as investors pulled back ahead of the Federal Reserve rate decision, U.K. election and Sunday's tariff deadline. Treasuries slipped.

The S&P 500 index fluctuated for most of the day before ending lower. Trade took center stage, with investors debating whether China and the Trump administration will reach a meaningful trade deal to avert fresh tariffs. Multiple reports indicated a delay was likely, before administration officials said the outcome depends on how talks progress. The two sides say a partial deal remains within reach, though the contours have not been made clear. Crude rose.

"The trade talks and headlines are going to be very fluid this week," said Ryan Nauman, market strategist at Informa Financial Intelligence's Zephyr. "You've got a lot of stuff going on this week, just a lot of information that traders are having to contend with. But trade talks and headwinds are definitely driving risk-on or risk-off trades right now."

In other trade news, Canada, Mexico and the U.S. moved toward an agreement that appeared to have legislative support in each of the countries. Mexico's peso was little changed.

"Those three countries are highly dependent on each other so I don't think there likely to be anything that is that far away from where we're at," said Jim Besaw, chief investment officer at GenTrust.

Trade continued to dominate sentiment on equity markets, with the dispute between the world's two largest economies taking much of the blame for a slowdown in global growth. The spat is overshadowing a spate of central bank meetings this week, including the Federal Reserve gathering Wednesday. House Democrats are expected to unveil impeachment charges later Tuesday against President Donald Trump.

The pound rose ahead of a key political poll and just two days before a general election dominated by Brexit. The euro advanced while European bonds drifted lower after French and German economic data beat expectations.

--The Federal Reserve decides on interest rates on Wednesday, followed by a press briefing from Chairman Jerome Powell.

--The next European Central Bank policy decision is on Thursday.

--The yield on two-year Treasuries rose four basis points to 1.65%.

--The yield on 10-year Treasuries climbed two basis points to 1.84%, the highest in almost four weeks.