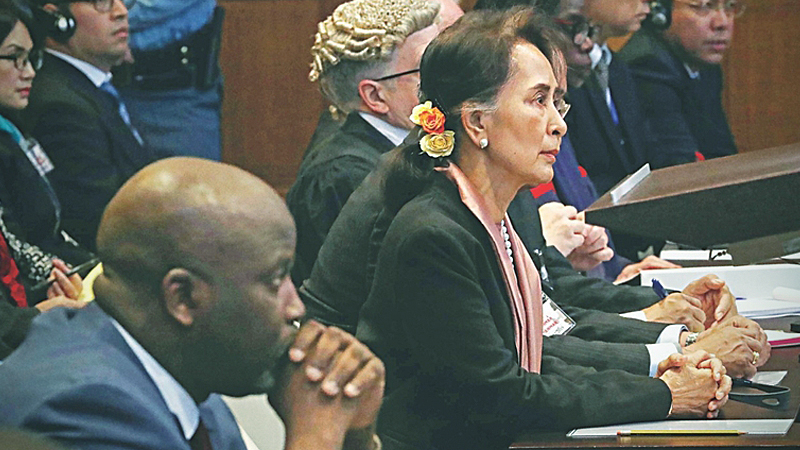 The arguments presented by the Gambia’s lawyers at the top UN court yesterday were extremely strong and should convince the judges to issue “provisional measures” against Myanmar to stop genocide against the Rohingyas, said a legal expert.

If the International Court of Justice (ICJ) issues such an order, Myanmar will be under real pressure as it is a binding one, said the expert.

“It was truly convincing the way the lawyers, who are very reputed in their fields, presented their arguments at the top UN court in the Hague,” Ahmed Ziauddin, a genocide researcher based in Brussels, told this correspondent yesterday.

“They made it very clear that provisional measures were urgent to protect the Rohingyas, and such measures won’t affect Myanmar as a state.”

The ICJ is not a criminal court that can issue an arrest order against any individual. But if it issues “provisional measures” to stop genocide, that means the judges have acknowledged the genocide, he said.

Besides, Myanmar State Counsellor Aung San Suu Kyi, who is leading a panel of Myanmar lawyers, could be in real trouble because the International Criminal Court (ICC), which deals with the crimes of individuals, will use the ICJ reference and may hold Suu Kyi responsible, mentioned Ziauddin.

“Such possibility is high because Suu Kyi as the head of a state allowed the genocide to take place.”

Governed by the Rome Statute, the ICC, also based in the Hague, investigates and, where warranted, tries individuals charged with the gravest crimes of concern to the international community: genocide, war crimes, crimes against humanity and the crime of aggression.

Ziauddin said it was surprising that Suu Kyi, a Nobel peace laureate and once an icon of democracy, went to the Hague to defend the allegations of genocide against Myanmar.

There could be fresh calls for holding her accountable, he added.

The Gambian team mostly used the UN Fact-Finding Mission’s report on the Rohingyas. The report, submitted to the UN Human Rights Council last year, found elements of genocide against the Rohingyas and called for probe into the roles of Myanmar generals.

The team also narrated how Myanmar, which denied the Rohingyas citizenship since 1982, worked for decades to destroy partly or in full the Rohingyas as a group.

Myanmar doesn’t recognise the Rohingyas as an ethnic group and call them “kalar”, a racial slur.

Bangladeshi rights activist Shirin Huq, who is attending the ICJ hearing in The Hague, said the Gambian team presented arguments against Myanmar one by one under Article 9 of the UN Genocide Convention.

A stone-faced Suu Kyi sat in the front row and attentively listened to the arguments from the Gambian lawyers, Shirin told The Daily Star over the phone.

This is a crucial phase in the history of struggle for international justice, she mentioned.

“The Gambia has a team of well-prepared lawyers. We are hoping that the ICJ will issue provisional measures that will help prevent further atrocities on the Rohingyas.

She also said it was regretful that William Schabas, a noted expert on international law, who said in 2014 that Myanmar’s treatment of the Rohingyas was tantamount to genocide, will argue on behalf of Myanmar.

“We will have to wait and see how the Myanmar side presents its arguments tomorrow [today],” the rights activist added.

The Gambia, on behalf of the 57-member Organisation of Islamic Conference, filed the lawsuit against Myanmar on November 11, accusing it of violating the UN Genocide Convention.