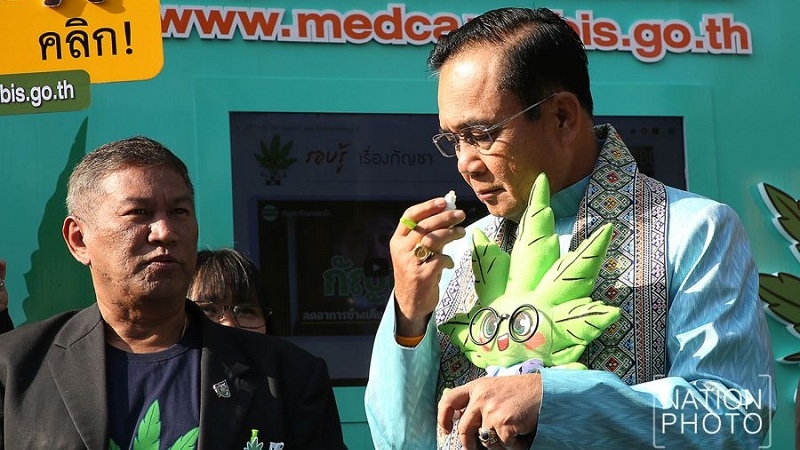 Prime Minister Prayut Chan-o-cha made a case for the use of medicinal cannabis while attending a roadshow event of the Unesco Creative Cities Network on Wednesday (December 11).

The event focused on the importance of both traditional locations and smart cities.

Then, Sukhum Karnchanapimai, permanent secretary at the Public Health Ministry, promoted medical marijuana use at the event.

The prime minister said substances from cannabis needed to be handled carefully and that medical use was aimed at helping people with low income access affordable medicines. He, however, warned that without supervision by medical professionals, it could be harmful.

Prayut later launched the website www.medcannabis.go.th, which provides information about medical marijuana use to the public.

He also set an example by inhaling cannabis oil and applying it on the back of his ear and said that he was going to buy the oil and try it later.