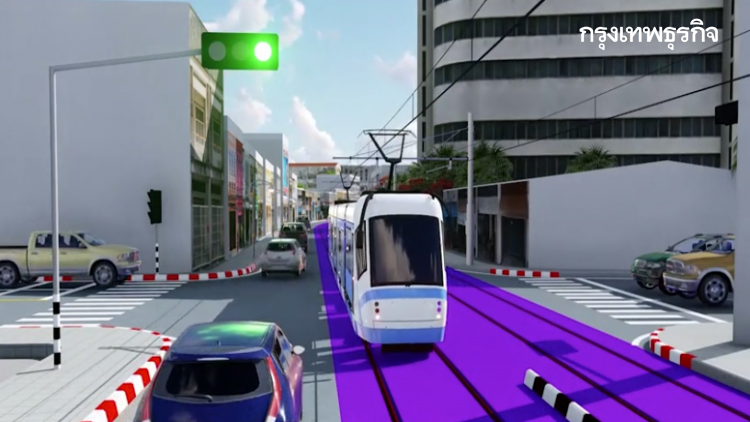 Speaking in his capacity as president of the Mass Rapid Transit Authority of Thailand (MRTA)’s board, Department of Highways director-general Sarawut Songsiriwilai announced on Wednesday (December 11) that the board had agreed to temporarily halt the development of the Phuket Tram project and ordered MRTA to conduct a further study of the impacts across all dimensions.

“One of the key aspects that needs reconsideration is the estimated number of passengers, which is thought to be inaccurate,” he said. “The project also needs further study on the travel behaviour of local residents and an estimate of the numbers of foreign tourists visiting Phuket in the future.”

“The board still believes that the project is feasible, and that the thorough study of impacts in all dimensions will help improve investors’ confidence in the project,” he added. “This project will have a combined distance of 42 kilometres, 30.2 km at the ground level, while 2.7 km. will be elevated and 9.1 km. will be constructed underground.”

Meanwhile, MRTA governor Pakapong Sirikantaramas said that the Phuket Tram project is currently undergoing the Environmental Impact Assessment (EIA) process as well as selecting investment models. “The board’s order to perform further studies should not impact the bidding process, which is still slated for before the end of 2020. MRTA will begin the study as soon as possible and will present preliminary results to the next board meeting,” he said.

Pakapong added that the Phuket Tram will be a Public Private Partnership (PPP) project with an estimated total budget of Bt34.5 billion, comprising Bt26 billion for construction, Bt1.5 billion for land reclamation and a Bt7-billion operational budget. The tram will start at Phuket International Airport and terminate at the Chalong Intersection, with a total of 21 stations.