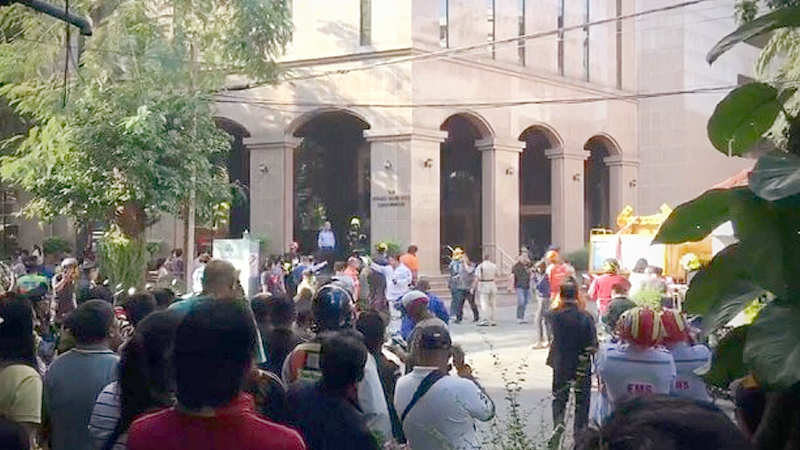 Five people were injured when a fire broke out on the ninth floor of Si Phraya River View Condominium in Charoenkrung Road, Samphanthawong District on Wednesday (December 11).

Police from Plubplachai 2 Police Station coordinated with Disaster Prevention and Mitigation Office and 10 fire trucks were sent to put out the flames.

The officers were informed that there were people stuck on the balconies and evacuated people from inside the building before sending firefighters in to investigate. The blaze started in room number 107 and took 15 minutes to extinguish. 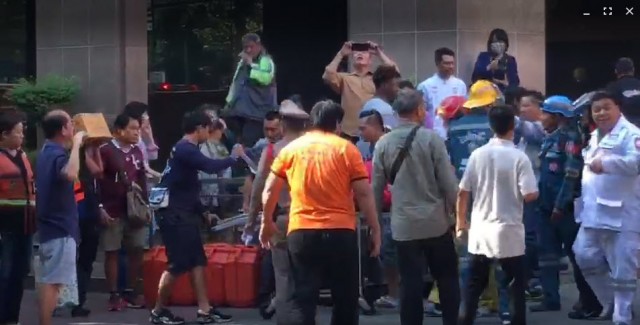 Four men and one women suffered smoke inhalation and were taken to a nearby hospital by staff from the Por Teck Tung Foundation.

Police are now evaluating the damage. Three people died in a fire at this condominium block in 2008.