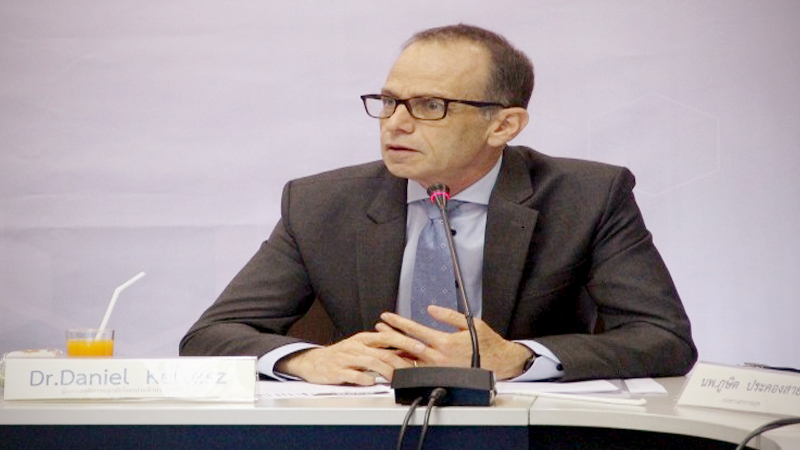 The World Health Organization (WHO) is supporting the Thai Public Health Ministry’s Health System Research Institute (HSRI) and the Thai Health Promotion Foundation in looking at the situation of vaccinations for migrants living in Thailand, Dr Daniel Kertesz, WHO representative in Thailand, revealed yesterday (December 11).

“According to our research, the vaccines in store in Thailand, which are provided through the National Health Insurance Fund, are specified for use only on Thai children. The vaccination service does not cover migrants living in the country,” Kertesz said, adding that vaccines are an important public health tool provided that coverage is 90 to 95 per cent of the population.

In Thailand, at least 10 vaccinations are given free of charge to Thai children under the “Immunity Enhancing by Vaccine” plan. “According to a survey in 2018, Thai vaccine services covered over 95 per cent of children” added the representative. “However, vaccinations against German measles, measles, and the second shot against mumps covered only 86 per cent or lower than the target of 95 per cent.”

However, the system allowed no or difficult access to children in the southern border provinces as well as migrants from Myanmar, Laos, and Cambodia who were not covered by the health insurance system.

WHO suggests that Thailand set aside some of its vaccine stock for children who do not hold Thai nationality. “The Department of Disease Control should provide vaccines to those children and find a way to allocate vaccines from existing funds” Kertesz said.

Moreover, vaccines should be given to migrant workers in order to eliminate measles, which has once again become a major public health threat. “The government should collaborate with the private sector, and organise a campaign to inform those migrants with no health insurance and identification documents about vaccines,” he added.