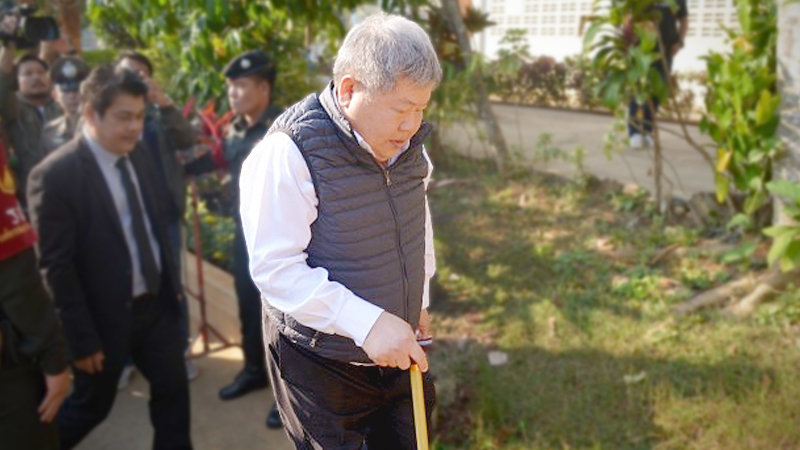 The suspects were arrested with assorted guns and ammunition and the carcasses of a black panther, a barking deer, and a Kalij pheasant, the latter a protected species.

Premchai arrived at court on 8.50am together with his lawyers and proceeded to the hearing chamber immediately. The other 3 defendants in this case, Yong Dodkreu, Nathee Riamsaen and Thanee Thummas were also present.

The appeal court upheld the ruling of a lower court and increased Premchai's sentence from 16 months to 2 years 14 months jail time on 3 charges: Poaching wild animals in a wildlife sanctuary, possessing the carcass of protected animal (Kalij pheasant), and carrying firearms in public place. His 3 accomplices were also found guilty in similar charges and got the following sentences: Yong got 2 years 17 months jail time, Nathee got 1 year 8 months jail time with 2 years suspension and Bt40,000 fine, and Thanee got 2 years 21 months jail time. The court also ordered 4 defendants to pay Bt2 million as damage compensation to the Department of National Parks, Wildlife and Plant Conservation.