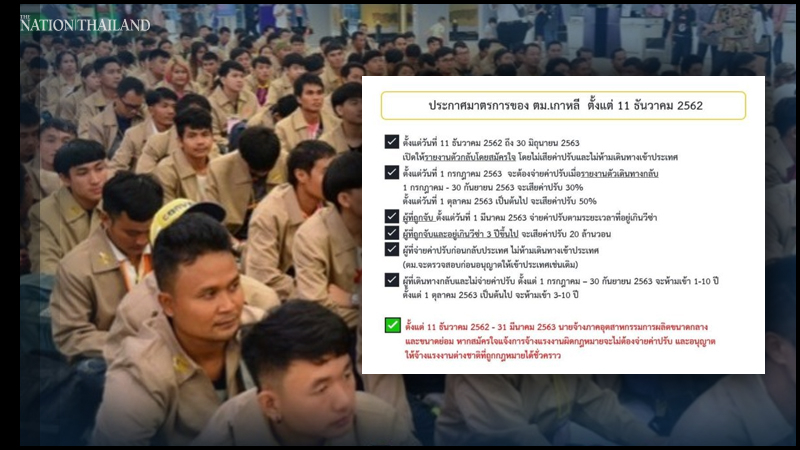 Thais working illegally in South Korea can avail of an amnesty scheme launched on Wednesday to avoid being fined or blacklisted, the Office of Thai Labour in Seoul announced on its official Facebook page.

The amnesty offer is valid from December 11 until June 30, 2020 for those reporting themselves to the Office.

Employers who hired illegal workers could report till March 31, 2020, to avoid being fined and be temporarily allowed to hire legal workers.

Those working illegally face a fine if they do not avail of the amnesty. If they report to the Office between July 1 and September 30, 2020, have to pay 30 per cent of the actual fine and will be prohibited from entering South Korea for one to 10 years. Those reporting themselves after October 1, 2020, will pay a 50 per cent fine and will be banned from entering South Korea for 3-10 years.

Illegal workers arrested after March 1, 2020, will pay the full overstay fine. Those staying illegally for more than three years will be additionally fined 20 million won (around Bt510,000)