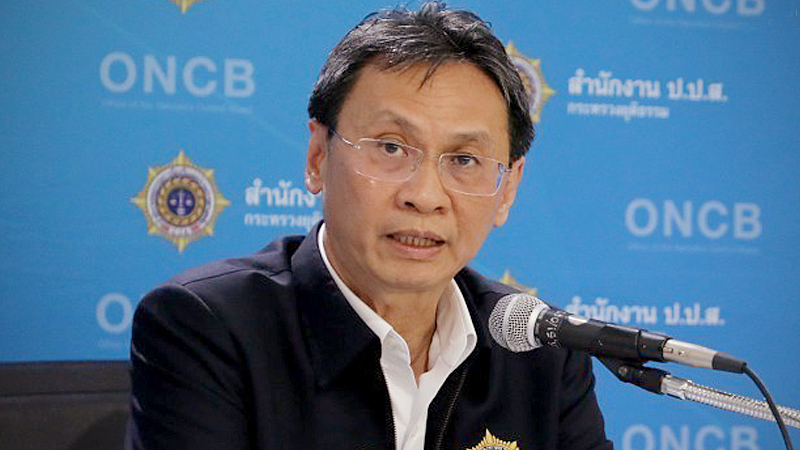 Responding to information from the United States Drug Enforcement Administration (DEA) that amphetamine from Mexico is being smuggled to Asian countries including Thailand, Office of Narcotics Control Board (ONCB)’s secretary general, Niyom Termsrisuk said this week that no reports about such smuggling had been received and that, in any case, importing the drug to Thailand was difficult.

“Amphetamine and methamphetamine are already being produced in the Golden Triangle and neighbouring areas,” he noted. “The cost of importing amphetamine from Mexico is higher than from these countries. And besides, cocaine is more popular than amphetamine in Mexico.”

In addition, the substrate of methamphetamine found in Myanmar mentioned by the DEA was more likely to have been produced in a laboratory rather than part of  mass production in a factory. “Ninety per cent of the drug’s chemical content or substrate was produced in the Golden Triangle” he said.

ONCB is aware of smugglers using Thailand as a route to smuggle pure ice, which has heroin as an ingredient, from the Golden Triangle to the US.