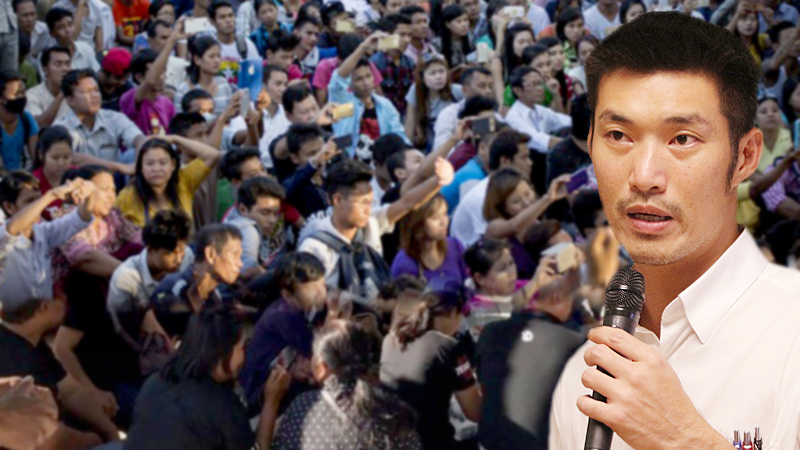 Future Forward Party (FFP) leader Thanathorn Juangroongruangkit on Friday (December 13) invited his supporters to join him at a rally on Saturday (December 14).

In a live video broadcast via his Facebook page, he invited people to a gathering at 5pm at the Pathumwan intersection skywalk on Rama I Road.

“I am fed up with the current state of Thai society and want to start a change,” he said. “Tomorrow we will stand together and shout out our voices to the ones in power that we want fairness, justice and equality in the society.”

Earlier this week, the Election Commission petitioned the Constitutional Court to dissolve Future Forward Party over Thanathorn's Bt191-million loan, which it alleged was illegal for a political party. On November 20, the Constitutional Court unseated Thanathorn as a member of Parliament. The court ruled that he had registered to run in the March election while still holding shares in a media company, in violation of the law.