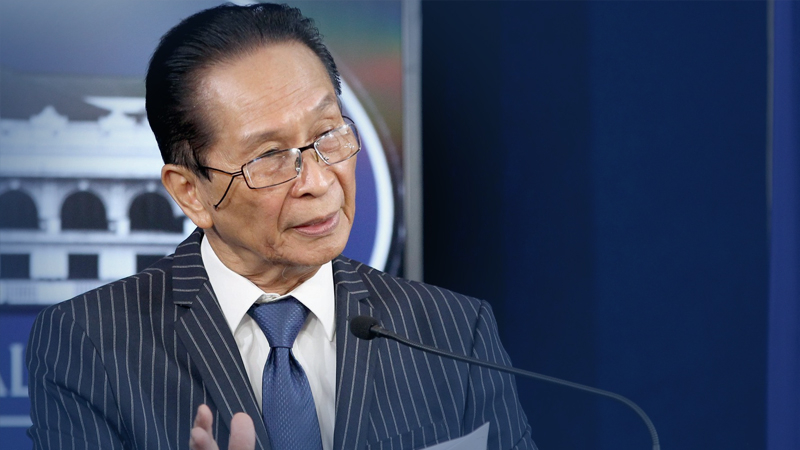 MANILA, Philippines — United States senators were “misled” by members of the opposition and the media, Malacañang said Friday after a US Senate panel approved a resolution urging the Philippine government to free detained Senator Leila de Lima and drop all charges against Rappler CEO Maria Ressa.

“Apparently they have been misled by the reports coming from the opposition, as well as media outlets who had been biased against the administration,” presidential spokesman Salvador Panelo said in an interview over CNN Philippines.

“What I can’t understand is they appear not to understand the judicial process of this country,” he added.

The resolution, which was approved by the US Senate committee on foreign relations, called on the Philippine government to “drop all charges” against Ressa and De Lima, and allow the opposition senator to fully discharge her legislative mandate.

It also called on US President Donald Trump to “impose sanctions” against security forces and officials responsible for De Lima’s arrest, which include revoking their US visas and freezing their assets.

Panelo, who is also President Duterte’s chief legal counsel, insisted the charges against De Lima and Ressa passed through the country’s administrative and judicial processes before their respective warrants of arrest have been issued by courts.

The Palace official advised the US lawmakers to “study” De Lima’s case and not to be swayed by false reports they are receiving.

(They should study our judicial process that we are going through, so they could avoid mistakes and that they should not listen to the rumors, those you read in the newspapers, the reports you received saying that Senator De Lima is were persecuted — that’s not true.)

De Lima, a staunch critic of President Duterte, has been in detention at the Philippine National Police Custodial Center since Feb. 24, 2017 on charges that she was involved in the illegal drug trade.

She has denied the charges, saying they were fabricated in retaliation for her fierce criticism of Duterte’s brutal war on drugs and monitoring of his human rights record since the time she headed the Commission on Human Rights in 2008.

Meanwhile, Ressa and Rappler, known for its critical reportage on the Duterte administration, are facing several cases including libel and tax-related charges.

Tags:
Philippines The US resolution