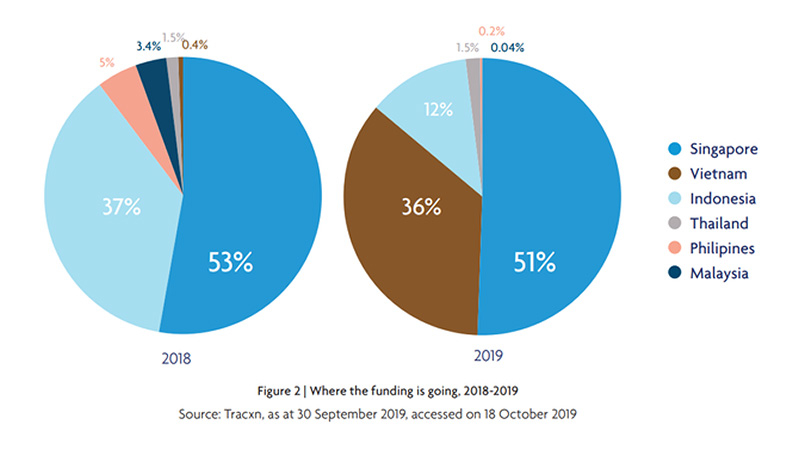 The country has seen a soar in investment this year. — VNA/VNS Photo

The country had seen a soar in investment this year compared to 0.4 per cent last year.

This was stated in the Fintech in ASEAN report released by the United Overseas Bank (UOB).

Singapore took the leading position with 51 per cent, down from 53 per cent last year.

Indonesia stepped down one place to third with 12 per cent, compared to 37 per cent last year.

Thailand, Malaysia and the Philippines accounted for less than 2 per cent of Southeast Asia's total fintech investment, down sharply from about 10 per cent last year.

In Vietnam, the leading field attracting venture capital in fintech companies was payment.

VNPay, a Vietnamese e-payment solutions provider, took the lead in the report with total capital revealed to be US$300 million this year.

After attracting just $35 million in 2014, the total amount of venture capital invested in the fintech sector in Southeast Asia has increased sharply over the past five years to $679 million last year.

The total figure has reached $1.14 billion from the beginning of this year.

With an annual growth rate of up to double digits, digital payment is expected to become the payment method of choice from nearly 50 per cent of transactions from now to 2025, and will exceed $1 trillion.

Fintech companies are targeting about 300 million adults in Southeast Asia who do not have bank accounts or access to associated investment, credit and insurance services.

The number of financial transactions made on mobile phones in Việt Nam had nearly doubled as of March 31 this year compared to last year, according to the State Bank of Việt Nam.