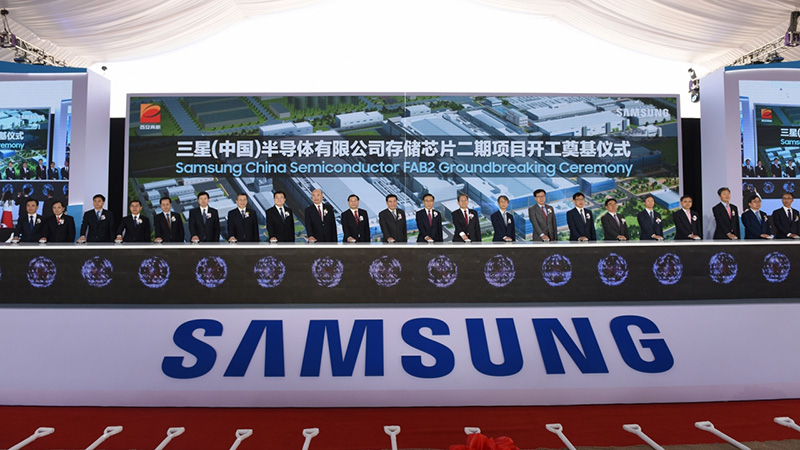 Samsung officials attend a ceremony to mark the ground-breaking for the second memory plant in Xian, China in 2018. (Samsung Electronics)

Samsung Electronics will make an additional $8 billion investment in its memory plant in Xian, China, in a preemptive response to the projected growth of memory chip demand, according to news reports Friday.

A Chinese media outlet reported that Samsung has officially decided to execute the investment for the Xian plant.

Samsung’s headquarters in Seoul, however, declined to confirm the investment plan.

According to the report, the decision was revealed Tuesday during a meeting between an executive from Samsung’s semiconductor business unit and Wang Hao, the communist party secretary of Xian.

Samsung had invested $7 billion to build the second memory factory in the city for the past three years. The first round of the investment is expected to be completed by the first half of next year.

If all goes as planned, the South Korean tech giant is injecting a total of $15 billion in the chip manufacturing facility in China.

Samsung has started mass production of first-generation V-NAND flash chips at its first plant in Xian in 2014. The company broke ground for the second plant in 2018.