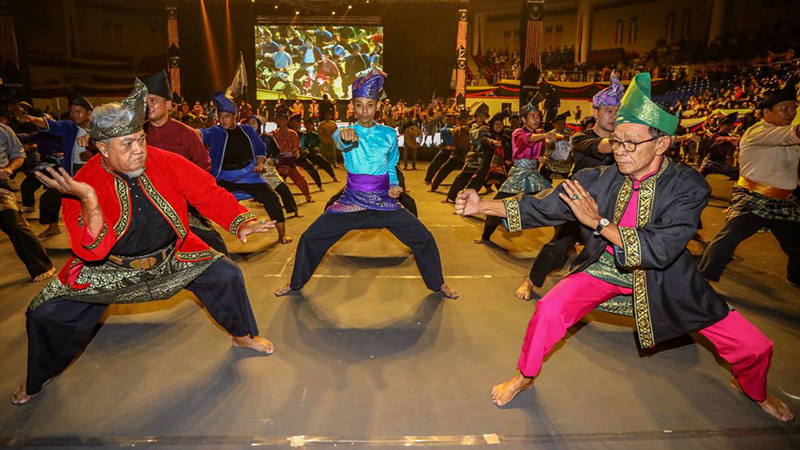 Silat exponents in action during a rehearsal for the national-level Malaysia Day celebration at the Indoor Stadium in Kuching this year. Silat is now recognised by Unesco as an intangible art form. - Filepic

Silat has been listed under the Representative List of the Intangible Cultural Heritage of Humanity category by United Nations Educational, Scientific and Cultural Organization (Unesco).

This recognition for silat, a traditional Malay martial arts form, was given at the 14th Session of the Intergovernmental Committee for the Safeguarding of Intangible Cultural Heritage held in Bogota, Colombia on Dec 12.

In a Bernama report, the Minister of Tourism, Arts and Culture, Datuk Mohamaddin Ketapi, said that the decision to include silat was made by the international body consisting of 24 members.

All related documents with regards to the nomination of silat under the category, Representative List of the Intangible Cultural Heritage of Humanity, were sent to Unesco in Paris on March 30 last year.

“It is a world class recognition for silat to be enlisted by Unesco as it is one of the country's most enduring cultural heritage treasures," said Mohamaddin.

He also said that recognition from Unesco will indirectly garner Malaysia a lot of attention from the world as it also reflects the country’s commitment in preserving traditional arts heritage. There are over 1,000 types of silat forms in Malaysia, including Silat Kuningan, Silat Sendeng, Silat Gayong, Silat Pukulan Melaka, Silat Lian Yunan and Silat Minangkabau.

"Silat is a combative art of self defence and survival rooted in the Malay Archipelago. Traced back to the early days of the Langkasuka Kingdom, Silat has now evolved into a fine practice of physical and spiritual training associated with traditional Malay attire, musical instruments and customs. There are many styles of silat, named after natural elements such as animals and plants from the area where they are practiced. Many practitioners have been trained, and silat is now a popular sport for health and leisure," reads Unesco’s description of silat under the Representative List of Intangible Heritage.

In 2008, Unesco included Kelantanese traditional dance form Mak Yong in the Masterpieces of the Oral and Intangible Cultural Heritage of Humanity category.