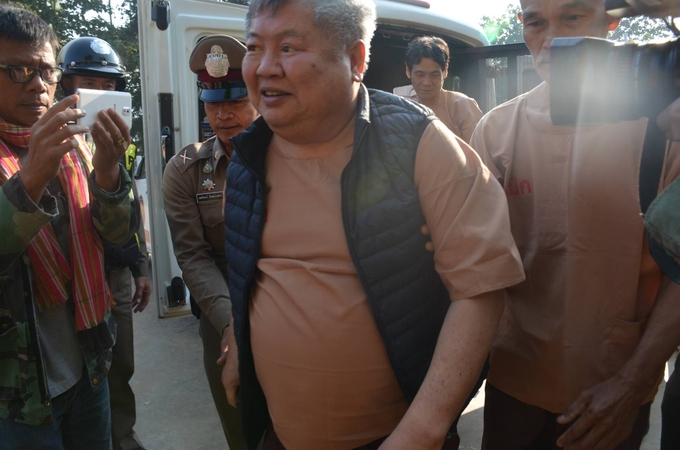 Premchai and his accomplices, Yong Dodkreu, Nathee Riamsaen and Thanee Thummas, were found guilty on several charges involving trespassing and poaching in Thung Yai Naresuan Wildlife Sanctuary on February 4-6, 2018. The Appeal Court sentenced them on Thursday (December 12) to jail terms ranging from 1-3 years as well as Bt2 million compensation to the Department of National Parks, Wildlife and Plant Conservation.

The Supreme Court ordered the bailees to deposit Bt1 million each in cash and wear electronic monitoring anklets and not leave the Kingdom.

Construction tycoon Premchai and his gang were caught redhanded with carcasses of protected animals and firearms, stirring widespread public criticism for over a year.

Premchai and his accomplices spent Thursday night in holding cells at Thong Pha Phum prison before being brought to court on Friday to listen to the Supreme Court’s ruling on their bail pleas. After being granted the bails, they travelled back to the prison to fill out their release papers. They declined to speak to the media.