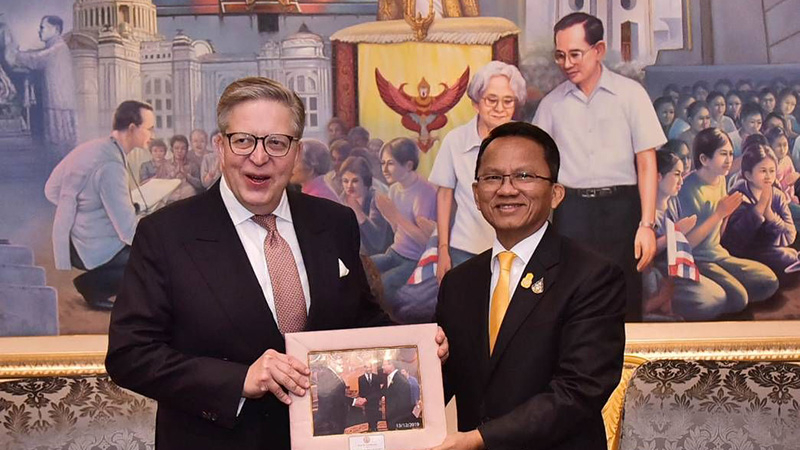 The Justice Minister and EU Ambassador Pirrka Tapiola discussed many issues, such as cooperation in human rights activities, implementing the National Action Plan on Business and Human Rights, and promoting drafts of the Spouse Registration Act and Prevention and Suppression of Torture and Enforced Disappearances Act.

Tapiola praised Thailand for being the first country in Asia to push the National Action Plan on Business and Human Rights until success was achieved. He also congratulated the country on successfully forming a government after elections.

"The Council of the European Union on Foreign Affairs has already acknowledged Thailand’s political development, and we have confidence that the Justice Ministry will play an important role in promoting and protecting people's rights and liberties, as well as developing the country," he said.

Meanwhile, Somsak told the ambassador that his ministry will prioritise developing and promoting bills in accordance with human rights, while he also expressed gratitude to the EU for their trust in the country’s potential and cooperation in human rights.

"This visit reflects the close relationship between Thailand and the EU in business, politics and human rights for sustainable development of both countries and regions," he said.