Nong Khai Customs Department officials and the Immigration Department have beefed up security along the border with Laos, inspecting both pedestrians and vehicles for signs of Somkid Pumpuang, dubbed as Thailand’s Jack the Ripper, who is the prime suspect in the murder of a 51-year-old woman at a Khon Kaen residence on Sunday.

Since early Tuesday morning (December 17), officials have been checking all vehicles, both bearing Thai and Laos licence plates, heading to Laos via border checkpoints. The Immigration Department has posted pictures of the suspect at all checkpoints and on bulletin boards near the border, and has also dispatched undercover officers to search border areas and nearby boat piers in case the suspect surfaces. 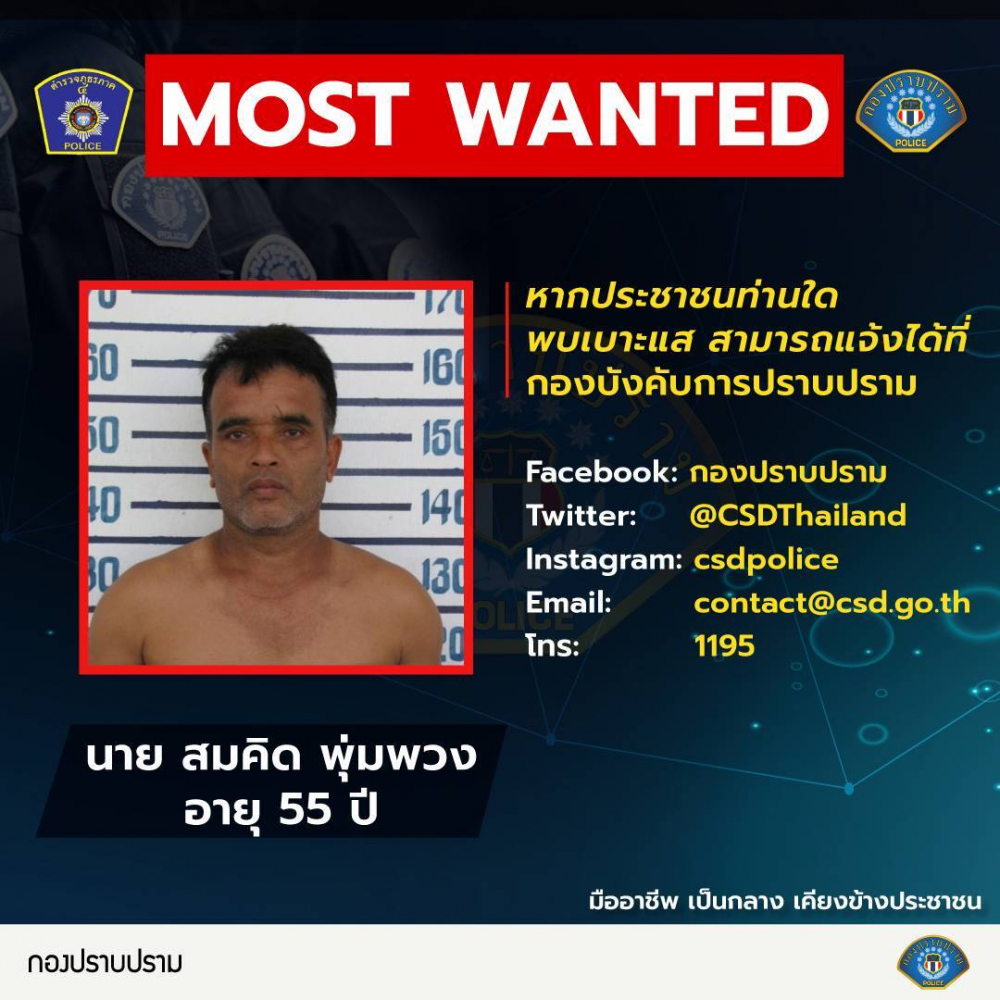 Earlier, a witness claimed to have seen a man fitting Somkid’s description disguised as a monk in Kumphawapi district in Udon Thani, and police assumed that he might have fled to adjacent Nong Khai in an attempt to cross the border to Laos.

Somkid was originally given the death sentence for murdering five people, but this was later commuted to life in prison. He was jailed on June 29, 2005, and served just under 14 years before being released on May 27 this year for good behaviour.