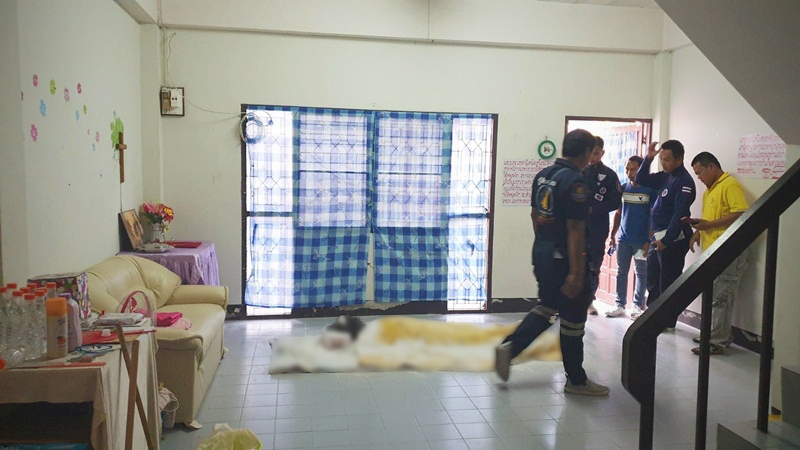 A team of emergency medical volunteers in Nakhon Nayok province investigated a city house on December 16 after Mueang Nakhon Nayok Police Station reported that its neighbours could get a “strong rotting odor” emanating from the house.

The team along with journalists arrived to find a rotting human body on the floor in the centre of the dwelling. They searched the house and encountered three women sitting in the kitchen, but decided to leave immediately and call in police officers.

After an interrogation, the police learned that the dead person was Sorrawut Dechtawee, 62. His relatives had hired the women found in the house to nurse him due to illness.

One of the three women, Puttanan Sodmanee, explained to the police that Sorrawut died naturally 10 days ago but they firmly believed in his resurrection after studying the Bible and hence had decided not to tell his relatives but wait until he came back to life.

Nakhon Nayok Hospital will perform an autopsy to find the cause of death. The women are to be interrogated further.