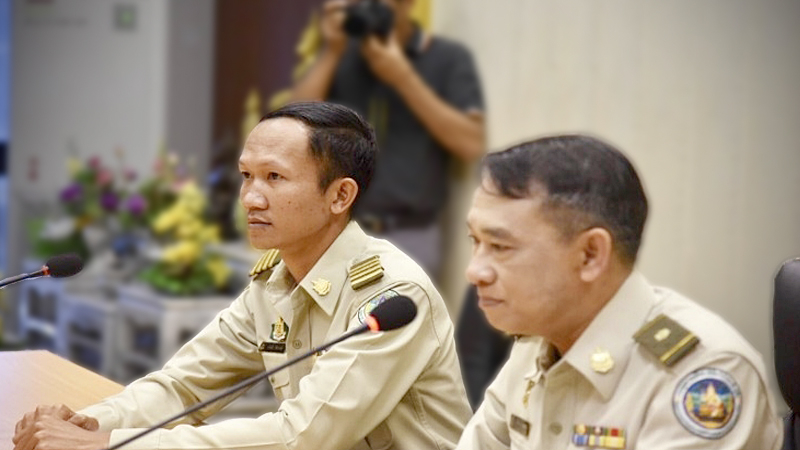 The chief of Thung Yai Naresuan Wildlife Sanctuary (western side), in Kanchanaburi province, who came into the national limelight after his arrest of business tycoon Premchai Karnasuta and his accomplices in 2018, has requested a transfer from the park, citing health reasons.

Wichien Chinnawong told a press conference on Wednesday (December 18) that he had filed a request with his superiors for a transfer out of the Thung Yai area due to health reasons.

Wichien arrested billionaire and Ital-Thai president Premchai for poaching at the wildlife sanctuary in February 2018. The incident led to him receiving a special commendation from the United Nations, USAID, Interpol, and the Freeland Foundation.

“Health is the main reason for my transfer request. I’ve suffered from haemorrhoids for years and may have to undergo surgery soon,” he said. “The other reason is my family. I want to help my wife raise our son who is now almost a year old, but I won’t be able to do that if I continue to work in Thung Yai, which is more than 1,000 kilometres from my home,” he said.

He insisted that, “There is no pressure on me to seek the transfer because of the Premchai case.”

He was joined at the press conference by Sompote Maneerat, spokesperson of the Department of National Parks, Wildlife and Plant Conservation, who announced that the department was considering transferring Wichien to the Udon Thani branch, which is closer to Wichien’s hometown in Si Sa Ket province.

Wichien’s previous request for a transfer had been turned down by his agency, as was the arresting officer in a high-profile case under investigation.

On December 12, the Appeal Court sentenced Premchai and his three accomplices to jail terms ranging from 1-3 years as well as Bt2-million compensation to the Department of National Parks, Wildlife and Plant Conservation. They were later granted bail at Bt1 million each by the Supreme Court.