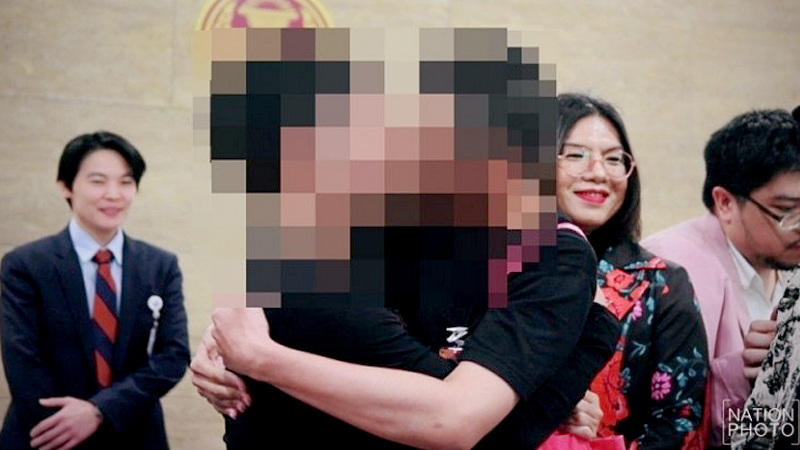 The House Speaker’s chief of staff Phongsri Tharaphum and secretary Tankhun Jit-Issara on Wednesday (December 18) hosted a press conference to address a recent event during another press conference in the room set aside for media briefings at Parliament when MPs from Future Forward Party locked lips.

“There are rules for using the press conference room that prohibit inappropriate language, insults, slander and indecent behaviour,” said Tankhun. “Furthermore, users must maintain polite manners at all time in the establishment and follow other stated rules strictly.”

Tankhun further added that in the past months there have been violations of House of Parliament’s rules in the conference room from time to time, especially the unauthorized “live broadcasting” via social media, prompting the announcement that inappropriate behaviour will not be tolerated. “We are not trying to restrict anyone’s freedom of speech or actions, we just want everyone to respect the rules of the establishment,” he added.