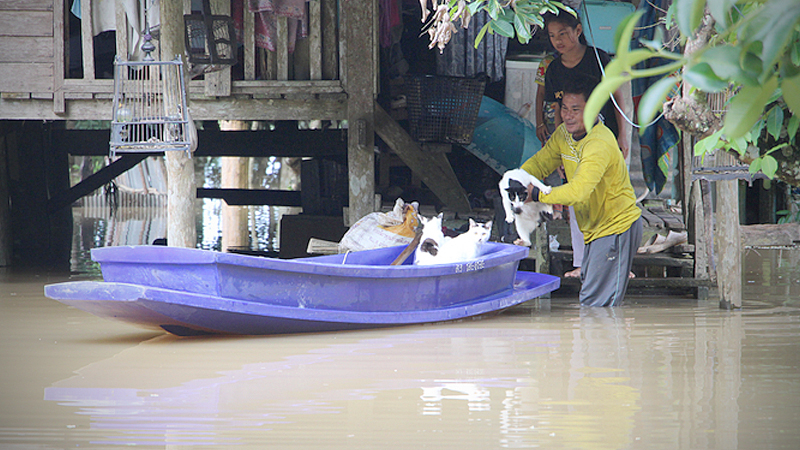 Southern Thailand has seen heavy rains since Tuesday (December 17), which have caused floods in several areas, especially in Yala province where 51 villages in 4 districts including Yaha, Bannangsta, Krong Pinang and Raman were inundated.

Yala Governor Chaiyasit Panichpong said on Thursday (December 19) that preliminary reports from local officials revealed that more than 5,000 residents of 1,120 households in Yala province were affected by the floods, with approximately 50 rai of farmland being damaged. Three roads were cut off and several farm animals perished or went missing. 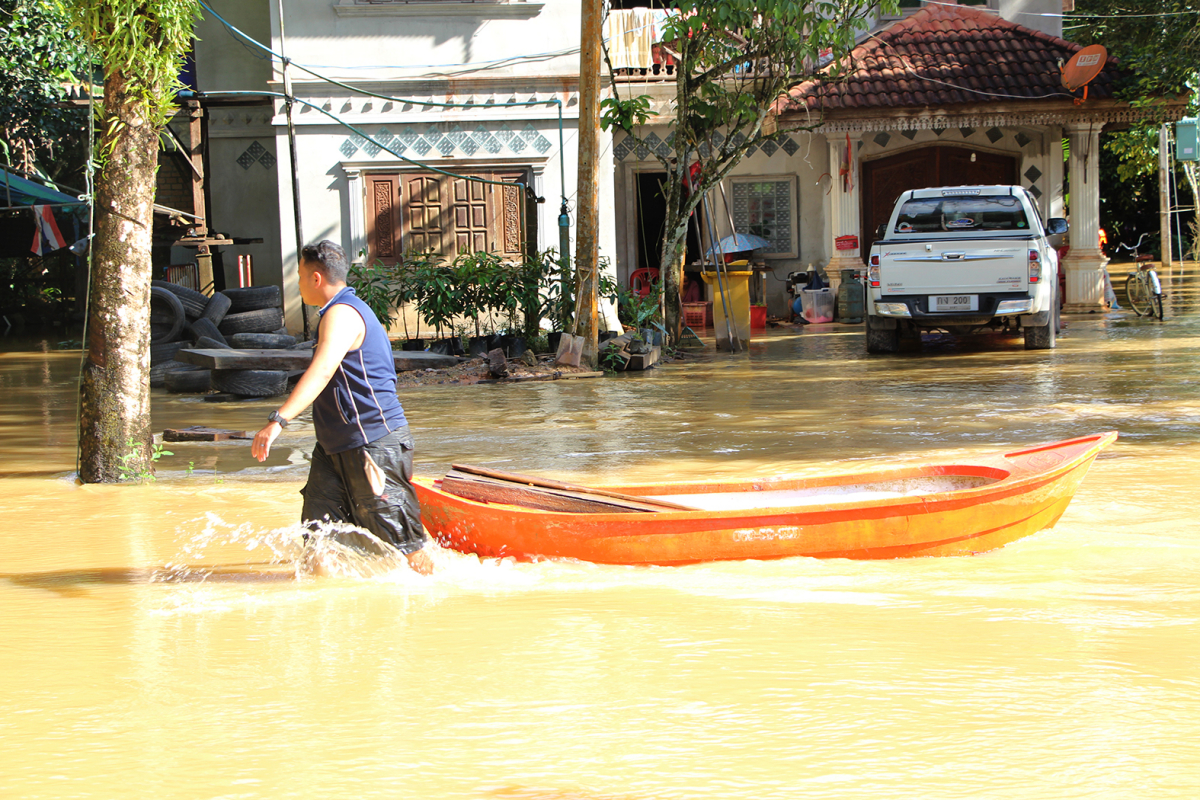 “Citizens should remain cautious and monitor the flood situation closely in the next few days,” he said. “I have ordered related officials including police, military and rescue staff to stand-by 24/7 to give assistance to villagers affected by the floods, and evacuate them when necessary.” 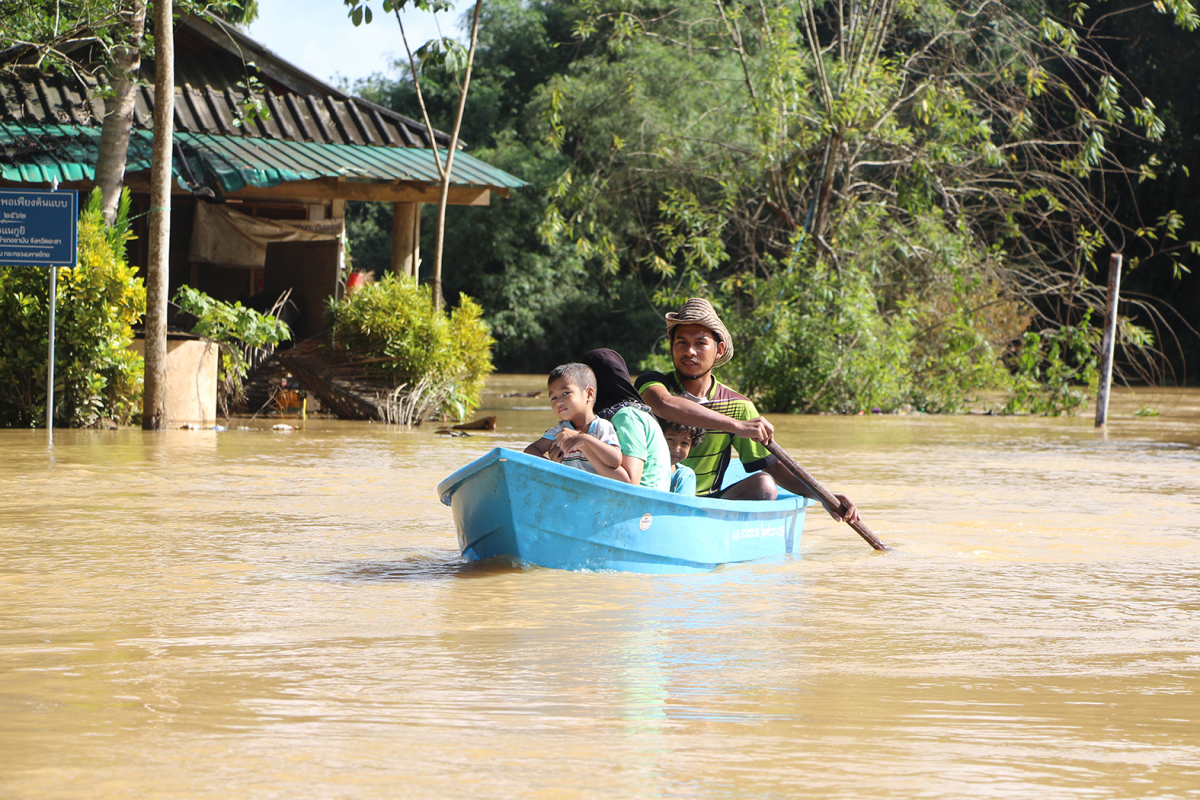 Meanwhile, Abdulroning Salae, village headman of Talohalor subdistrict in Raman district, reported that his village is adjacent to Saiburi River which flows southward from Narathiwas province. “Last night [Wednesday December 18] the water overflowed the river banks and flooded the villages along the river of more than 60 households,” he said. “Currently around 180 people are evacuating to higher areas with the help of military personnel from Army Ranger 4102 Division.” 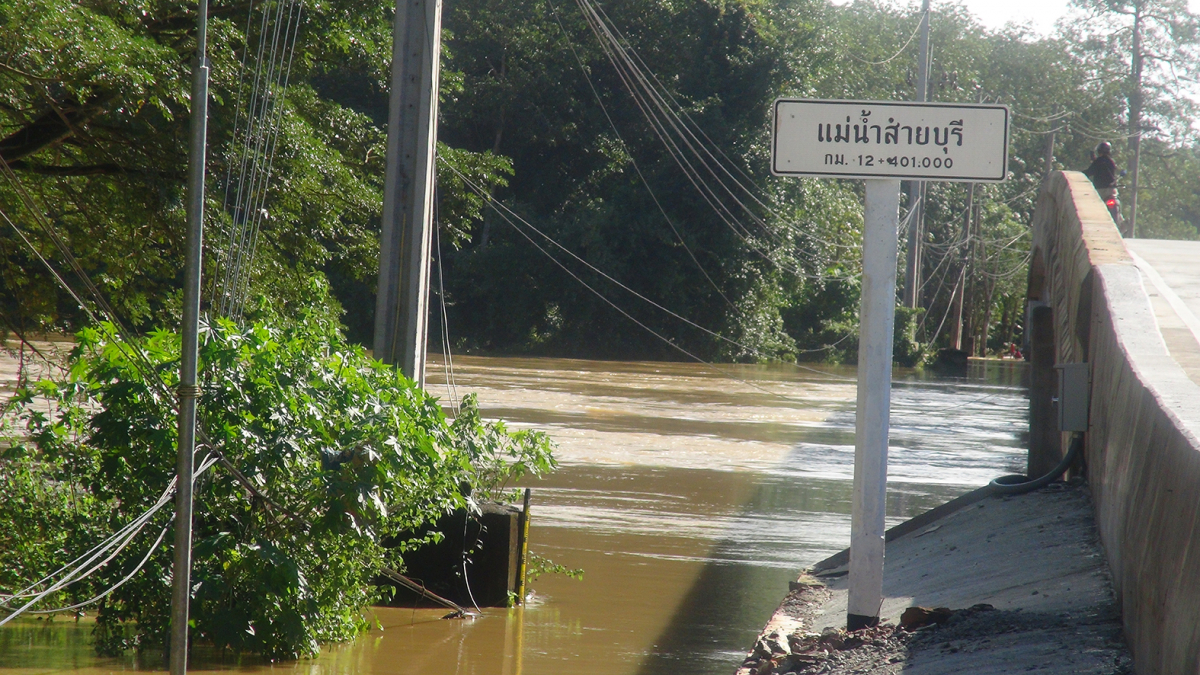