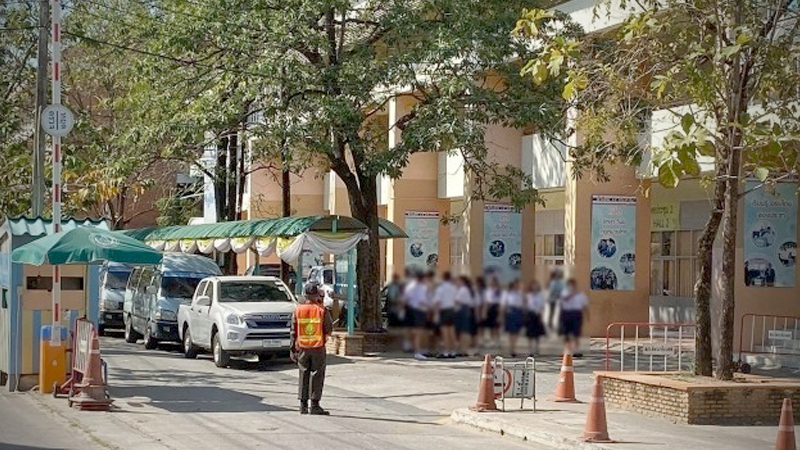 A secondary school in Nonthaburi province, where a 13-year-old was allegedly shot dead by his classmate on Wednesday (December 18), checked students’ bags on Thursday for any weapons.

A commemoration service was held in the morning for the deceased student, while the fifth floor of the building where the incident occurred was closed. Classes which used rooms on the floor were moved to other buildings. The move was aimed at easing the stress and fear of students shocked by the killing.

In addition, educational activities of the deceased boy’s class were suspended until Monday. The school’s janitor has already cleaned blood stains at the alleged crime scene and performed a spiritual ritual for the dead boy’s spirit.

The school has requested netizens and social media users to stop criticising and denouncing the concerned students, as the tragedy had brought loss and pain to the families of both the alleged perpetrator and the victim.