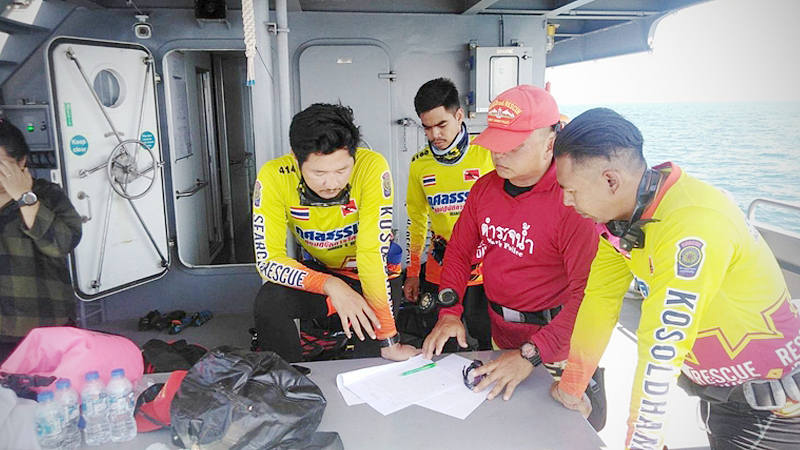 Phuket’s marine police were joined by divers and ships from the Third Naval Area Command in searching for the body a crew member of the speedboat which was involved in a collision with a private yacht off the coast of Phang Nga on Wednesday (December 18).

Kittipong Samanbutr, 21, was washed into the sea in the accident and has not been seen since.

The search operation received the support of the local office Marine Department in Phang Nga, the Provincial Administration Organization, Phuket’s tourist assistance centre as well as local fishing boats and tour vessels. The accident occurred around 5pm off Khai Nok Island in Koh Yao district. Ten people were injured and the captain of the speedboat’s died later at a hospital in Phuket.

An investigation indicated that the yacht hit the speedboat while the latter was heading out from Khai Nui Island. “The speedboat captain tried to avoid the yacht but it was simply too big,” a police spokesman said.