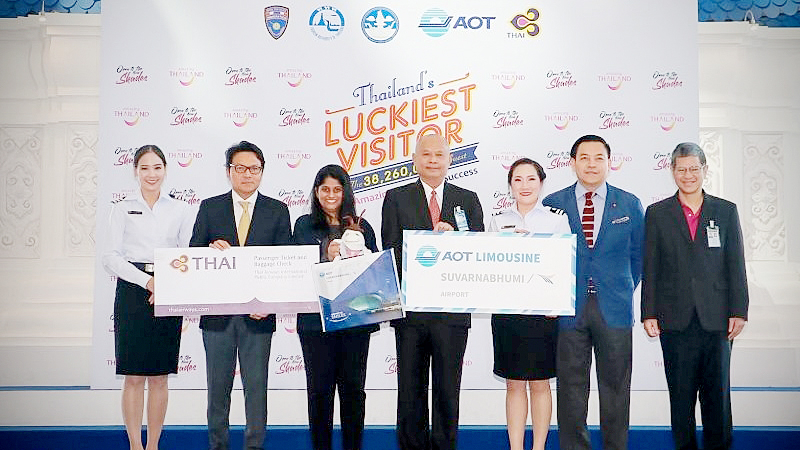 More than 38 million foreign tourists have visited Thailand since January 1 to December 20, the highest number in many years and the total is expected to hit 39 million on December 27, TAT public relations director Thanet Petchsuwan said.

The Tourism Authority of Thailand (TAT) announced the numbers during the launch of a campaign “Thailand’s Luckiest Visitor, the Amazing Smashing Success” to promote Thailand as the “Preferred Destination”.

The total, 38.26 million, was confirmed after the arrival of Devanshi Deepak Kesaria, a tourist from India, who was the “luckiest visitor”. She travelled by Spicejet on her first visit to Thailand and plans to enjoy her vacation in Bangkok and Pattaya.

She will receive round tickets for two to travel from her home country to the Kingdom along with free service of the Airports of Thailand (AOT)’s limousine taking the passengers from the airport to the accommodation provided by the AOT.

TAT believes the campaign will promote the country and attract several tourists from all over the world to travel to Thailand and spend on Thai products and services.