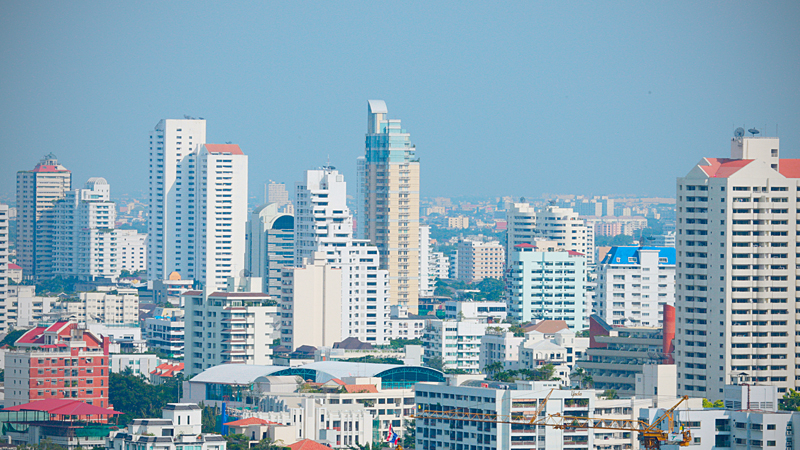 Property companies are worried that the new land and building tax law will increase their costs amid the economic slowdown.

Under the new land and building tax act BE 2019, more taxes will be collected from property projects with unsold units, impacting businesses and the property market.

The act comes into effect from January 1, 2020, aiming to encourage the productive use of land and improve tax collection, as well as control the supply of condominiums and houses.

President of the Housing Business Association, Athip Pichanon, said that the property market slowdown will continue in 2020, worrying about remaining property stocks that must be sold as much as possible to avoid the effect of the new act.

“Presently, those property companies have suspended the launch of their new projects and were pressured by the act’s enforcement,” he added.

After receiving a licence to build houses or condos, if property companies cannot sell all units within three years, they must pay commercial tax at 0.3 per cent rate for commercial use.

"If the number of unsold stocks is high, the companies will be damaged by the huge cost of their project,” the president concluded.

In fact, property entrepreneurs can push this cost damage by increasing the price of houses and condos. However, it was difficulty in the present situation when the economy was slowing down and the  purchasing power of people had decreased.

Athip advised that to solve the problem caused by the tax act, those property companies should sell their remaining stocks as much as possible before launching new projects.

Also, in case property companies have to launch new projects due to being a company listed in the Stock Exchange of Thailand (SET), the new projects should be small, over only a few rai of land.

“The new condo and housing projects should contain at the  most 200 units, and should be inexpensive,” he said. “Those areas along the main line of electric railway were able to absorb new customers."

The president added that property entrepreneurs presently were careful, developing new projects according to the current economic situation and the  purchasing power of the people.

In the future when the land and building tax is enforced, he said that big projects with over 1,000 units like Muang Thong Thani were extremely unlikely.

“Entrepreneurs are afraid to invest in a big project after condominiums with 1,000 to 2,000 units were unsold,” he added.