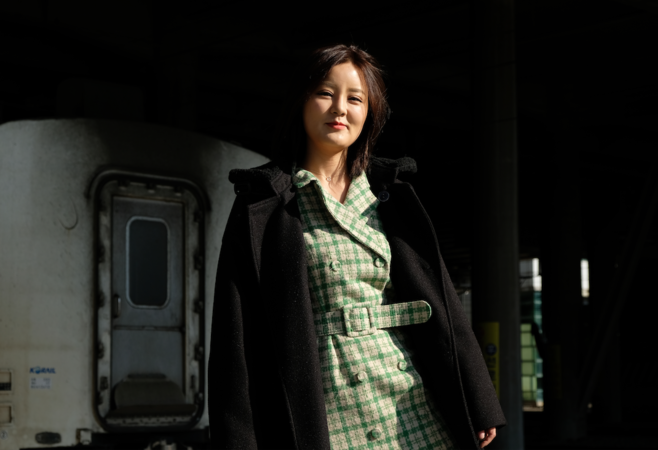 SEOUL, South Korea -For decades, there was a state-approved path out of North Korea: jobs abroad for selected workers to raise money for the regime and have a rare opportunity to boost the lives of their families back home.

Tens of thousands of North Koreans were assigned to places such as clothing factories in China, logging camps in Russia and North Korean restaurants from Dubai to Phnom Penh, Cambodia.

The U.N. Security Council says that this all must end Sunday, when sanctions take effect that ban countries from hosting the North's regime-directed workforce, and that those workers must all be sent back. The U.N. clampdown seeks to block a steady flow of revenue back to Kim Jong Un's ruling clique.

The United States vetoed a proposal by China and Russia to roll back the planned sanctions and allow workers to remain.

A 2018 book by the Leiden Asia Center in the Netherlands called the system "forced labor on a global scale" and criticized the companies employing North Korean workers.

But Andrei Lankov, a professor at Kookmin University in Seoul, says work abroad is one of the few opportunities North Koreans have to save money and move up in society, potentially giving them enough to start a small business back home.

It also allows them a chance to see the world - even on a limited scale - outside North Korea's borders. Some eventually make their way to South Korea and defect.

Na Min-hee, 28, worked in the Mediterranean island nation of Malta, making clothes for the Giorgio Armani label in a Chinese-owned factory. She said it was grueling work, initially from 7 a.m. until 9:30 p.m. and later reduced to 11-hour shifts. The North Korean regime took about 90% of her earnings, leaving her with take-home pay of about $160 a month. She had been so desperate to get the job that she had paid hundreds of dollars in bribes to secure a post.

She left her country in 2014 as a loyal believer in the regime. But in Malta, she said, her eyes were opened. She ended up fleeing to Germany in 2015 to defect.

"One day, I borrowed a smartphone from my Vietnamese colleague. I watched YouTube on my bunk bed beneath my comforter," she said.

"Unbelievable things" appeared when she entered a search for the North Korean ruler, and she faced the dawning realization that people in most countries were allowed to express their antipathy toward political leaders.

"That was when my faith in the system just collapsed," she said. "It's funny how it takes a long time to build up that belief system, but it collapses at once."

"In Pyongyang, the people who had been abroad play a huge role in delivering information from the outside to locals," she added.

Growing up in Pyongyang, she could spot the "fashionable" women who had worked in China. She had seen fathers of friends return from working in Russia with enough money to move to better homes, and she was determined to make a better life for herself.

Na applied to go to Malta, paying the bribes, passing rigorous checks to ensure her family was loyal to the regime, undergoing long indoctrination sessions and a stringent health check.

"You can't leave if you are shorter than 155 centimeters (5-foot-1)," she said. "Apparently it's embarrassing for North Korea's national image to have someone so short represent our country."

When she first crossed the border into China and was "blinded" by the lights, she thought it was a Chinese propaganda trick to use all their electricity to show off to North Koreans.

"That's how thoroughly indoctrinated I was," she said. "The night I got to Beijing, I couldn't sleep a wink, reminding myself, 'I am the party's light-industry warrior in an enemy country.' "

But she quickly saw the difference with Chinese and Vietnamese colleagues at the factory in Malta. They didn't have to surrender their earnings to their governments and could wander around town on their own. They had no weekly indoctrination or self-criticism sessions as she did.

In 2015, she escaped from Malta and sought asylum at a South Korean consulate in Germany.

Yeo Yu-jin, 42, paid about $100 in bribes to get permission to do construction work in St. Petersburg, where he maintained old buildings and repaired family homes between 2011 and 2015.

Working at least 12 hours a day, starting at 8 a.m. and finishing at 10 p.m., he had to earn enough money to meet a monthly quota of between 15,000 rubles in the winter and 25,000 rubles in the summer (approximately $500 and $800 at that time) - which was all handed over to North Korea's External Construction Bureau.

Yeo was allowed to keep any extra income he earned but only saved a few hundred dollars a year.

"Safety conditions were very poor. There were several accidents every month," he said. "One co-worker died when he was struck by a falling object. His body was sent home with $4,000 in compensation."

Yeo found that the work was physically and mentally draining, but he said he never regretted his decision to go abroad. People in St. Petersburg always had electricity and running water, and enough food, he realized, compared with the people he had left behind at home.

He said he met an old man once who complained to him about former Soviet ruler Joseph Stalin and told him that life in Russia was better now.

In 2015, a colleague reported Yeo to North Korean security officials for watching South Korean TV shows on a smartphone he had secretly purchased. He realized he could never return to North Korea and sought asylum from the South Korean consulate in St. Petersburg.

"I had been a young Pyongyangite faithful to the regime, but going to Russia really opened my eyes," he said.

Lim Jung-hwa, 32, worked for several years in a North Korean restaurant in China until 2010, serving customers in a traditional hanbok dress and performing propaganda songs.

Like Na, she had seen women return home after working in China, looking chic and with exotic foreign goods, including shoes and plush winter clothes.

But life in China was harder than she imagined, she said. She worked 12-hour shifts, washed her dress every night to take away the cooking smell from the restaurant and often went to work the next day in wet clothes. The interactions with customers also took a toll.

"Customers didn't hold back from commenting about Kim Jong Il [the North Korean leader at the time] and pointing out how impoverished my country is," she said. "We were instructed not to confront them and just brush it off with a smile. But that information entered my head and stayed with me when I went onstage to sing songs idolizing our Dear Leader."

It took six months before she was allowed out on a shopping trip. While such trips became more frequent, she and other North Korean workers always had to go in groups of two or three.

"When I went back to North Korea, I found my hometown stifling. My family was struggling with poverty, and blackouts were common. My life suddenly went dark, and the pink, red and yellow clothes I'd bought from China stayed in my closet. I couldn't wear them outside because of the 'fashion police,'" she said, referring to special units that enforce rules banning hairstyles or clothing considered "anti-socialist" by the regime.

Eventually, Lim's mother stepped in. She told her daughter that she would happier in China. Lim contacted a Chinese man she had met at work, fled across the border and ended up marrying him.

"My everyday life at the restaurant in China was grueling, and I still dream about waiting tables in my hanbok dress," she said. "But I don't regret the decision I made as a young girl. It allowed me to see the world beyond North Korea."