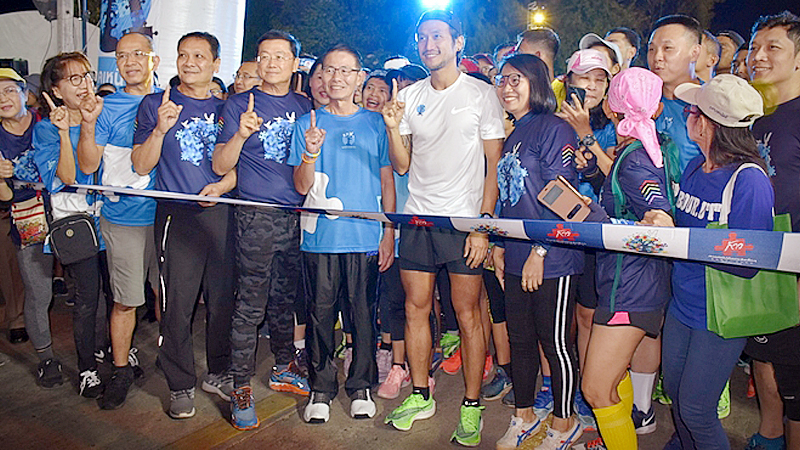 The run, which came to an end with Sunday’s 10.4-kilometre run, was the final stage in the “Kao Khon La Kao” charity run campaign for Northern region of Thailand which started on December 19 in Uttaradit province and crossed Phrae, Lampang and Lamphun on its way to Chiang Mai with total distance of approximately 300 km. 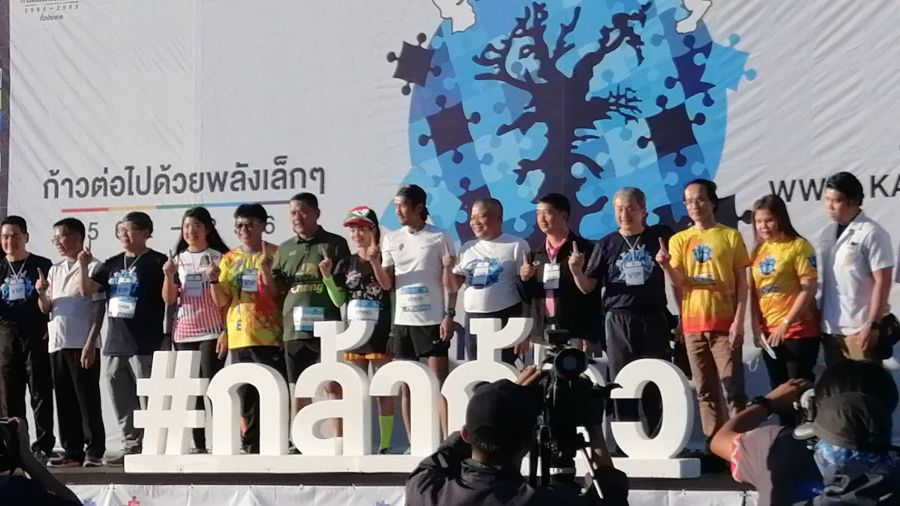 Athiwara was welcomed by Muang district chief Weeraphan Dee-on at the stadium together with his running buddies, many of whom are celebrities and singers, such as Kong Sorawit, Top Daraneenuch, Pub Potato, Aot Pramote, DJ Art and more.

The rock star said the campaign has raised more than Bt18 million from participants and the public who wired money in, which will later be donated to 7 hospitals in Northern region to buy medical equipment.