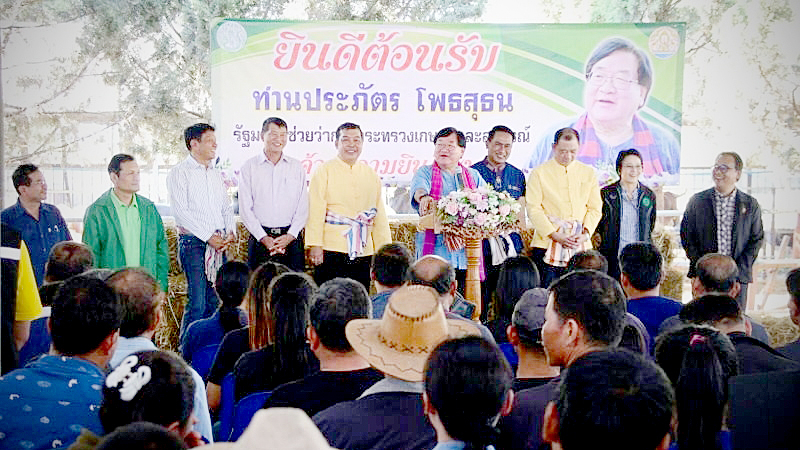 Agriculture and Cooperatives Deputy Minister Prapat Potasuthon plans to build a central cowshed that meets international standards, expecting to promote it as the country’s export centre before cattle sales to China.

He made the remark during a survey of cowsheds in Lampang, Chiang Rai, Chiang Mai and Lamphun in a move to promote the raising of cows to generate income for farmers and improve their well-being.

“The survey aimed to inform farmers about the guidelines of the project, which will include granting loans to promote animal husbandry and related businesses under the Department of Livestock Development and the Bank for Agriculture and Agricultural Cooperatives [BAAC] for farmers raising cattle, buffalo, goat, and chicken,” he said.

According to the survey of farmers’ demands, most of them want to raise cows for sale because this generates good income and they are already in the business.

“Farmers who want to participate in this project must establish an agricultural cooperative or community enterprise. The BAAC will grant supporting loans not exceeding Bt1million per person with an interest rate of Bt100 a year,” Prapat said. 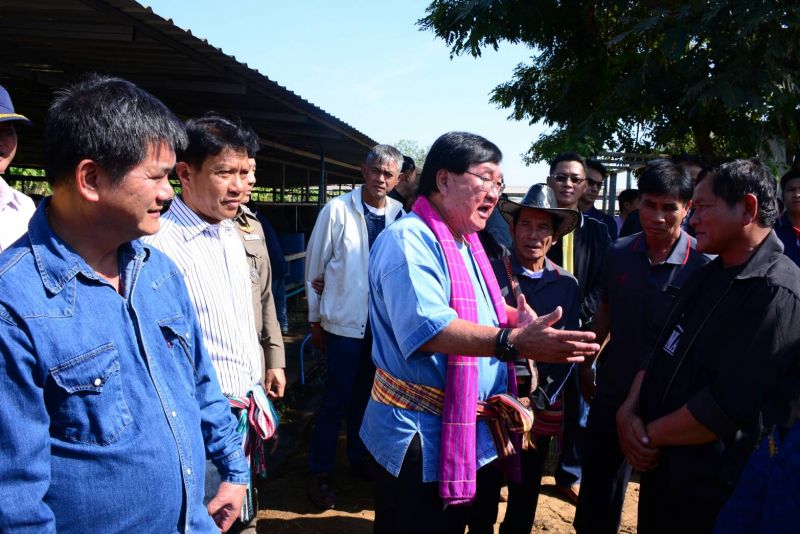 In exporting livestock products to international markets, farmers must possess cowsheds, each of which can support 1,000 cows.

“These cowsheds must pass the basic criteria set by the Department of Livestock Development, while the products must obtain Good Agricultural Practice for Beef Cattle Farm certification from the National Bureau of Agricultural Commodities and Food Standards to create confidence among trading partners,” Prapat said. 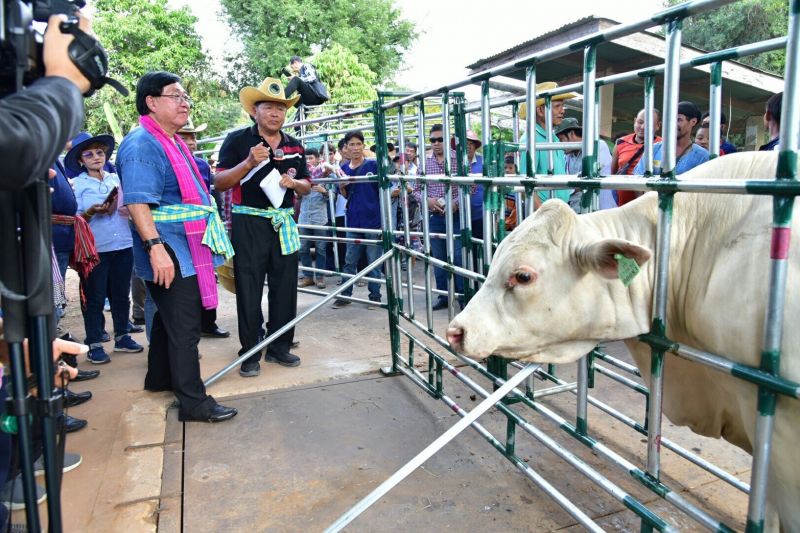 He said one important factor that makes cattle disease spread quickly is the transportation of infected animals and carcasses from one place to another, so each province must have a central cowshed to gather cattle before selling them to exporting entrepreneurs who have registered with the Department of Livestock Development.

“The central cowshed will continue raising cattle for about 60 days so each of the cattle weighs about 500 kilogrammes. They will also be quarantined to check for health issues before being given a ‘moving’ document,” he said.

Prapat said the cross-border export of live cattle and buffalo in the Mekong River region through Chiang Saen district is witnessing quite high trade value.

“Therefore, we plan to develop this area into an export centre, which is expected to gain acceptance by foreign countries,” he added.