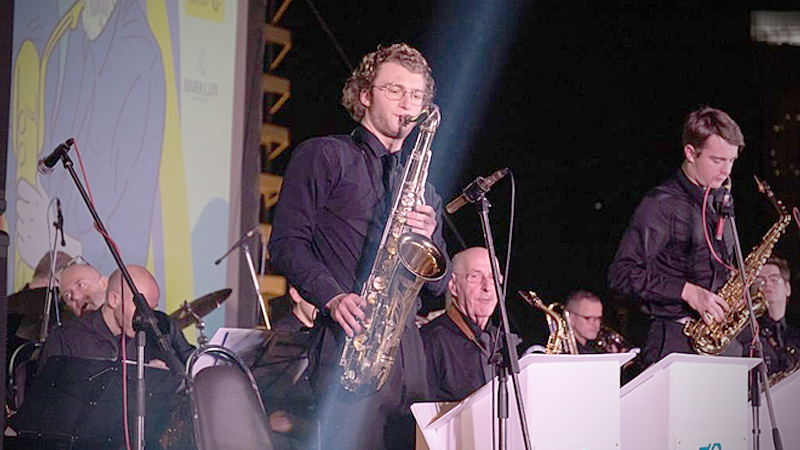 The IHS World Orchestra in action

The “Rise of Melodies” concert, featuring the IHS World Orchestra from Canada, was held on a warm Thursday (December 19) evening at RCB Helipad, on the rooftop of River City Bangkok hotel, with stunning views of nearby riverside towers and structures.

Proceeds from ticket sales will be used for publishing 70,000 booklets of the Universal Declaration of Human Rights (UDHR) for schools, universities and communities across Thailand, according to the organisers. The UDHR was adopted by the United Nations General Assembly in December 1948, 71 years ago this month.

The booklet, titled “Passport for Human Rights” and containing colourful cartoons, is a simplified version of all 30 articles of the Universal Declaration of Human Rights.

Amnesty Thailand director Piyanut Kotsan told the concert’s audience of about 200 that more than seven decades after the UDHR adoption, there was still the need to fight against hatred, discrimination and abuse of power. The audience members were like candles coming together to light up the dark tunnel of human right issues, she said that evening. “Let’s light up the candle of hopes together.” 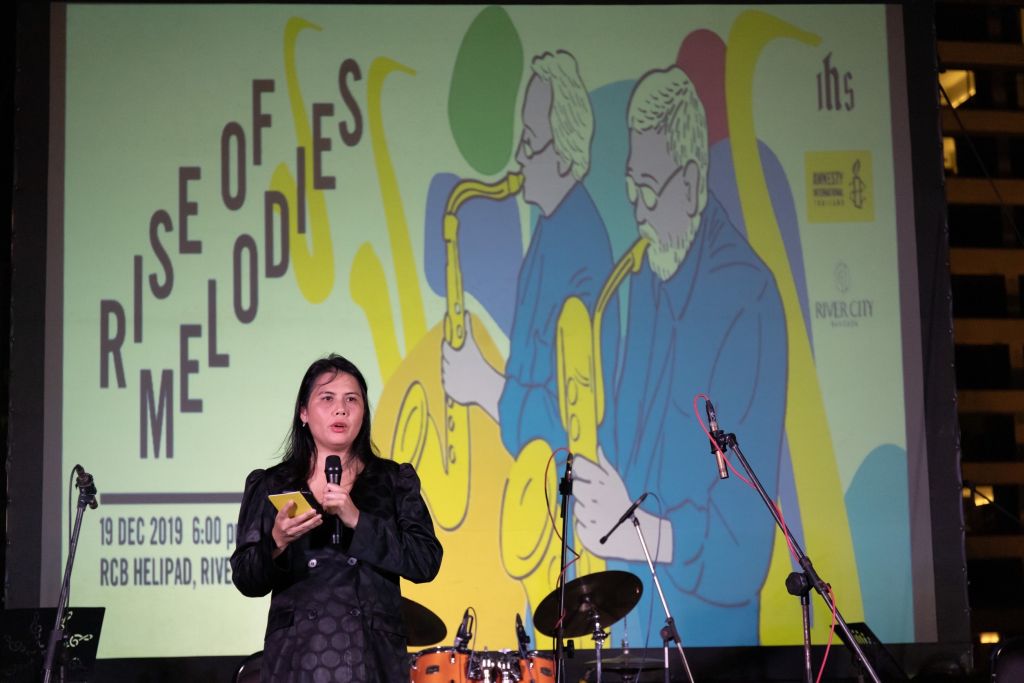 International human rights expert and law professor Vitit Muntarbhorn advocated educating people about human rights from a young age. He said children should be encouraged to experience human rights through learning. For instance, school children from different religions should be put in the same classroom so that they can learn about respect for others.

For him, human right education starts at home. “It doesn’t cost anything to respect human rights,” he told the audience.

Vitit was designated in September 2016 as the first UN independent expert on violence and discrimination based on sexual orientation and gender identity by the Human Rights Council.

IHS World Orchestra, with 15 musicians mostly playing brass instruments, later took over the stage and performed for just over an hour.

The non-profit band is led by music director Lawrence Daher and its musicians are mostly from the United States, with others hailing from Norway, Israel, Canada and Switzerland. IHS performed for the Amnesty Thailand concert without charge, according to the organisers. During the concert, Daher stressed that “AI stands for basic rights for everyone”.

The band treated the audience to an early Christmas atmosphere by performing such songs as “I’m Dreaming of a White Christmas”, “I Wanna Wish You a Merry Christmas” and “Jingle Bells” – all sung by the band’s vocalist Kristi, who is Daher’s daughter.

The IHS musicians also entertained the audience with many familiar tunes and songs such as “New York, New York”, “Cherry Pink”, “Polka”, “L-O-V-E” and “Tico Tico”. Unfortunately, the band skipped many songs on the programme.