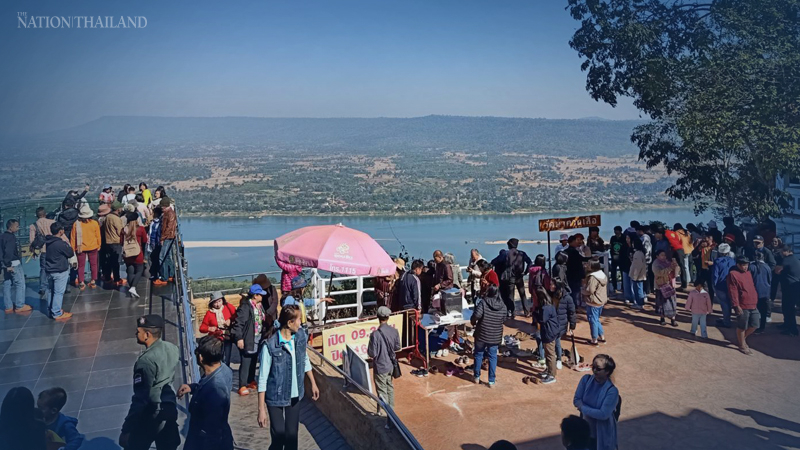 Both Thai and foreign tourists travelling in Thailand from December 28 to January 5 are expected to generate revenue of Bt82.2 billion, up 1.3 per cent year on year, Kasikorn Research Centre said.

Spending by local and foreign tourists this year is expected to be lower than last year due to a slowing economy in a number of countries including Thailand. The strengthening baht has also affected travelling costs of tourists from some countries.

In the nine days, Thai tourists are expected to generate approximately Bt28.2 billion, increasing 0.6 per cent from the same period last year, according to the centre.

One positive factor is the government’s “Eat, Shop, Spend” scheme, in which people who have registered and spend money on eating, shopping or travelling can get a certain amount of money back.

The centre also expects foreign tourists to spend around Bt54 billion in the country, increasing 1.7 per cent from the same period last year.

The tourist business in Thailand will nevertheless face challenges amid economic risk factors, which will play a key role in influencing decisions made by tourists on travelling and spending, the centre said.

Furthermore, the tourism sector will face price competition from other countries as they seek to woo more travellers, while digital disruption and climate change will also pose challenges.