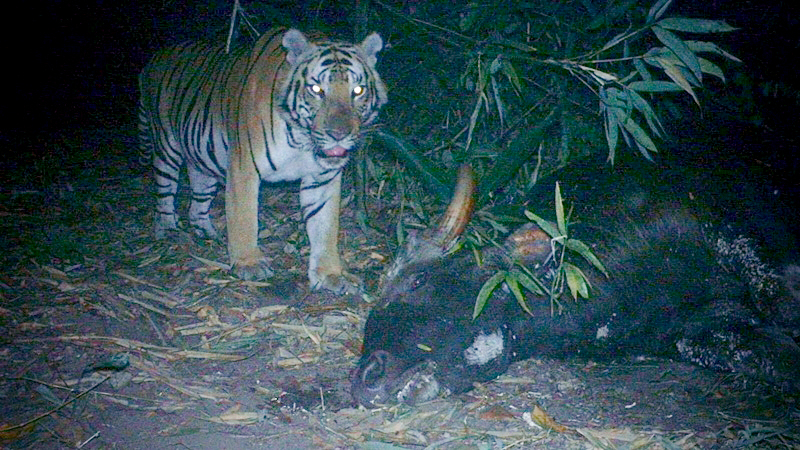 The killer of a female gaur in Mae Wong National Park has been revealed as a large tiger, the park’s chief Kittipat Tharapiban told the press on Tuesday (December 24)

Park officials discovered the dead gaur on Sunday. It had been severely mauled and was covered in wounds made by fangs and claws.

The pawprints of a tiger were found nearby and officials decided to leave the body in place and set up a camera.

In the morning, the footage showed an image of a fully grown male tiger coming back to eat the gaur. The tiger previously lived in Huai Kha Khaeng Wildlife Sanctuary and migrated to Mae Wong National Park in 2014.

Thanit Nooyim, director of the 12th Conservation Area Management Office said that the event shows that Mae Wong National Park is a suitable home for endangered species like tigers that live in Huai Kha Khaeng Wildlife Sanctuary due to its biodiversity of both flora and fauna.

The officers will later discuss capturing the tiger to put a tracking device on it so they can study and collect information.