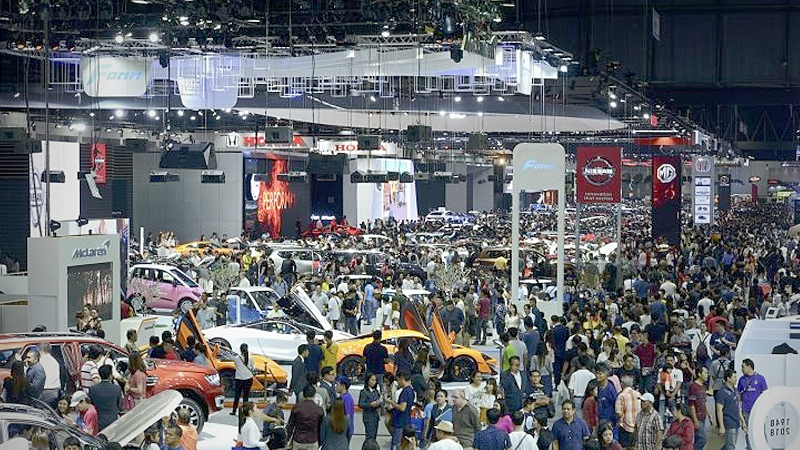 “Passenger vehicle sales grew by 1.7 per cent, but those for commercial vehicles dropped 2.8 per cent,” she said.

Toyota sold 302,893 vehicles in Thailand, an increase of 6.7 per cent year-on-year. The automaker was number one in the country, capturing 33 per cent of market share.

Isuzu grabbed second spot, selling 152,448 vehicles in the eleven-month period. But its overall sales decreased 2.2 per cent. The brand held 16.6 per cent of market share.

Honda sold 116,296 vehicles to be ranked third. The automaker, which saw its sales increase by 1.1 per cent, took 12.7 per cent of market share.

In late November, total vehicle sales touched 79,299, decreasing 16.2 per cent from the same period last year. The decreased sales included 16.4 per cent for cars and 16.1 per cent for commercial vehicles.

In the month, the top three were Toyota, Isuzu and Honda, in that order. Toyota witnessed sales of 27,189 vehicles, a decrease of 11.7 per cent year-on-year. The brand held 34.3 per cent of market share.

Pravena said vehicle sales hit a rough patch because of decreasing consumer confidence amid an economic slowdown, concern over the global trade situation, and the baht appreciation.

“However, automakers are still trying to stimulate sales at the end of the year, so December will be interesting,” she added.