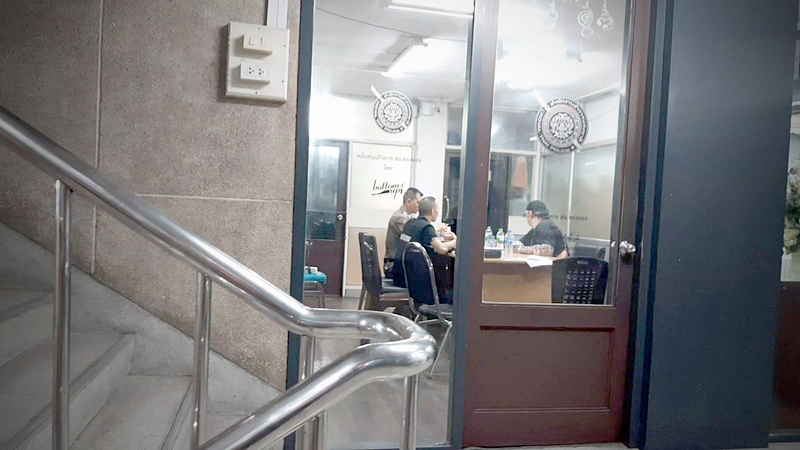 The Metropolitan Police Division 5 is investigating a claim by a French man that Thong Lo police allegedly extorted US$8,000, or about Bt245,000, from him in exchange for not pressing charges against him for smoking marijuana, commander Pol Maj-General Samart Srisiriwibulchai said.

The police interviewed French businessman Jean Sebastien, 42, on December 23 for three hours to clarify the claim.

Sebastien explained through an interpreter that he was stopped by police for a drug search while he was walking down Soi Sukhumvit 43. He said the police did not find any drugs on him.

He explained that after police ordered him to take off his clothes for a drug search, he was taken to Thong Lo police station, where he was allowed to contact a friend named Shane, a Thai-Indian national whom he has known for three years. Shane advised him to transfer $8,000 to his girlfriend’s account in exchange for negotiating with the police to drop the drug charge and let him go. Sebastien agreed to this but could not transfer the money as the amount exceeded the daily limit. When the police let him go, he said, he went to Shane’s girlfriend’s apartment and gave her the money in cash. Sebastien said he could not contact Shane or his girlfriend after that and believe they might have collaborated with the police to extort money from him.

After the incident, he contacted the French Embassy, which later filed a complaint at the Office of the Public Sector Anti-Corruption Commission (PACC).

Sebastien said he filed an extortion charge against Shane and his girlfriend and also a human rights complaint with the PACC regarding the police ordering him to take off his clothes for a drug search.

Thong Lo police station chief Pol Colonel Samphan Leungsajjakul said the plaintiff admitted that he did not give the money directly to any police officer, and insisted that police had taken no part in the extortion, adding that officials let Sebastien go because they found a doctor’s prescription on him allowing him to use marijuana as a medicine.

“We will investigate the incident and bring Shane and his girlfriend in for questioning,” Samphan said.

“As for the human rights complaint, I will also look into this matter and give justice to all parties.”