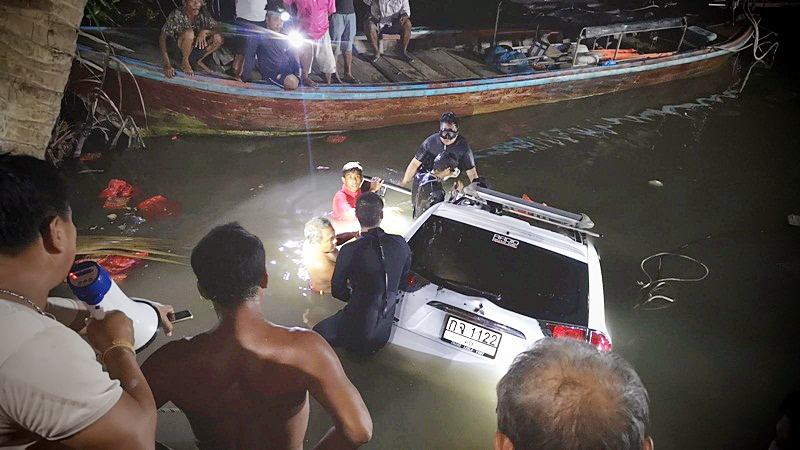 Hat Samran police station in Trang province was informed at 07.16 pm on December 25 of a white Mitsubishi Pajero SUV falling into a canal with two passengers trapped inside.

They were identified as the Mayor of Nakhon Trang Municipality Apichit Winothaias, owner of the vehicle, and his chauffer.

Police and rescue team took three hours to pull it from the canal but found only Sutthimeth Panysitthikorn, the 22-year-old chauffeur, dead on the back seat. There was no sign of the mayor.

Divers have been searching for him while locals pray that the mayor would survive the accident as he is a respectful person in the community.

Security cameras nearby show the car travelling at high speed, then suddenly plunged into the canal. The mayor, reportedly, left Thetsaban 1 Sangkhawit School’s boy scout camp before the accident.