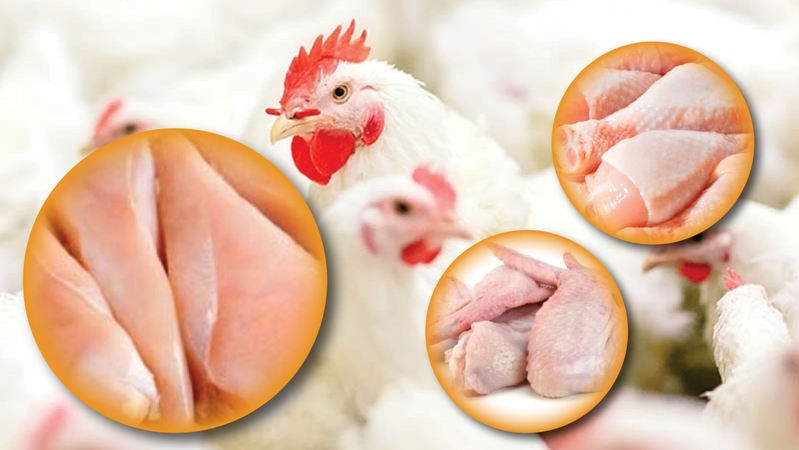 The Thai Broiler Processing Exporters Association this week said that exports of chicken products to China will be increased in response to demand but warned that Thailand faced strong competition from the US.

The association aims to export around 980,000 tonnes of Thai chicken products in 2020 worth Bt12 billion, an increase of 5 per cent over 2019, said Kukrit Arepagorn, the association’s manager.

“African swine fever virus (ASFV) has spread in China since late June, decreasing the amount of pork available and increasing demand for chicken in the country” he said.

Exports of Thai chicken products from January to October totalled 46,000 tonnes, 99 per cent of it fresh chickens, an increase of 15,000 tonnes over the same period of last year.

The association expects demand to increase, pointing out that bringing pork supply back up to its previous level will take at least two or three years.

Moreover, South Korea is also importing more chicken products from Thailand, with Bt4.150 billion earned in the last 10 months, an increase of 40 per cent from the same period last year. Japan too is looking to Thailand to send chicken to feed the athletes, supporters, staffs, and tourists who will come to the country to participate in the Tokyo Olympics.

“Fifteen factories producing and processing chicken have been guaranteed and registered by the Chinese government and another 12 are pending,” Kukrit said. “If those factories are guaranteed in the next year, Thai chicken product exports will increase greatly”.

However, the association is worried that that US will gain a significant market share following China’s cancellation of the ban on imports of US import poultry in late November. The ban was introduced in 2015 following a bird flu epidemic.

The cancellation has allowed 172 guaranteed factories in the US to export their products to China again.

“However, US has to pay 20 to 25 per cent tax to import its chicken products to China, while Thailand is exempt under the Free Trade Agreement (FTA) between Asean and China” added the manager.

“Brazil, the biggest exporter of chicken products to China, has seen an increase in various taxes meaning that their prices have gone up, which could prove beneficial to Thailand.”