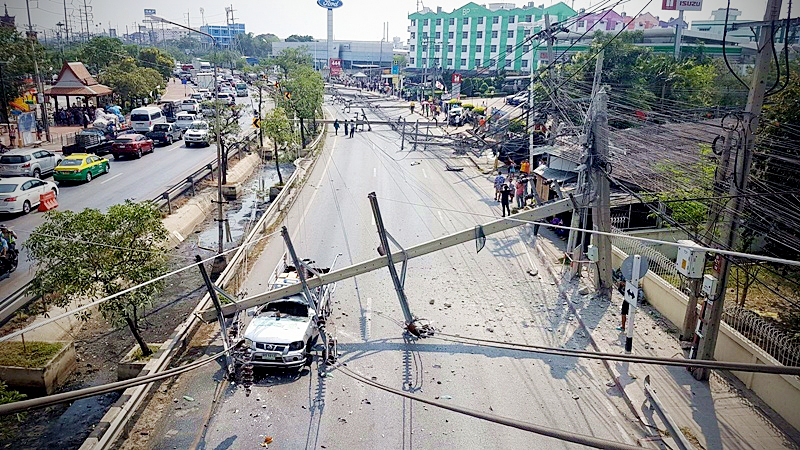 Seven people were injured and eight cars damaged when a pickup truck crashed into an electricity post and pulled down 14 other posts in Samut Prakan province.

Bang Pu police and a rescue team found four severely injured women trapped in the smashed cars along with other three victims nearby. They were immediately sent to Rattarin Hospital.

Witnesses said that they saw a brown Toyota Vigo driving at high speed lose control and crash into an electricity post, which had a domino effect, pulling down the other posts and blocking all traffic.

Police have detained the driver for interrogation.