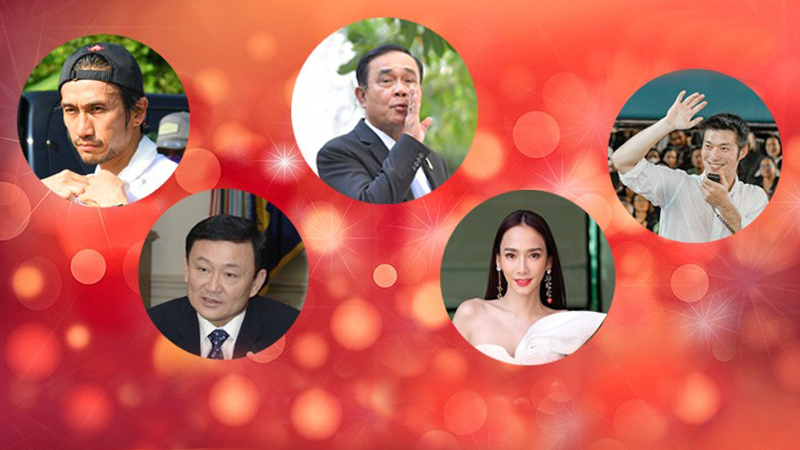 More than three-quarters of people surveyed are planning to go out for the New Year, according to Bangkok Poll by Bangkok University Research Centre.

The Centre published its findings from a poll “Bangkokians and New Year 2020”, with interesting results in several categories.

The poll surveyed 1,145 people in Bangkok and surrounding areas from the beginning of December.

The poll revealed that 74.6 per cent of respondents were planning a trip for the New Year holidays; 49.4 per cent are heading to their hometowns, while 41 per cent will go to temples to make merit and 22.2 per cent plan to go on a shopping spree. However, 25.4 per cent have no plans and prefer staying home.

The topics that worry travellers the most during New Year are traffic congestion (67.6 per cent), followed by road accidents (60.7 per cent) and crowded tourist attractions (40 per cent).

The areas that the respondents want the government to focus on during New Year are: prevention of drunk driving (80.3 per cent), followed by prevention of driving over the speed limit (57.3 per cent) and improvement of main and secondary roads (42.5 per cent).

The top 2020 countdown locations among the respondents were: Buddhist temples that organise New Year chanting ceremonies (31 per cent), followed by Tha Phae Gate in Chiang Mai (19.1 per cent), CentralWorld Shopping Complex in Bangkok (13.6 per cent), Pattaya beach in Chonburi (11.7 per cent) and Phuket (11.2 per cent).

As for the celebrities that they wished to spend New Year holidays with, the top answers were rocker Athiwara “Toon Bodyslam” Khongmalai (8.2 per cent), followed by actress Patcharapa “Aum” Chaichua (7.2 per cent) and singer Thongchai “Bird” McIntyre (6.8 per cent).

Among politicians the respondents wanted to spend the New Year holidays with, Prime Minister General Prayut Chan-o-cha topped the list with 15.1 per cent, followed by Future Forward Party leader Thanathorn Juangroongruangkit (7.6 per cent) and former premier Thaksin Shinawatra (1.8 per cent).