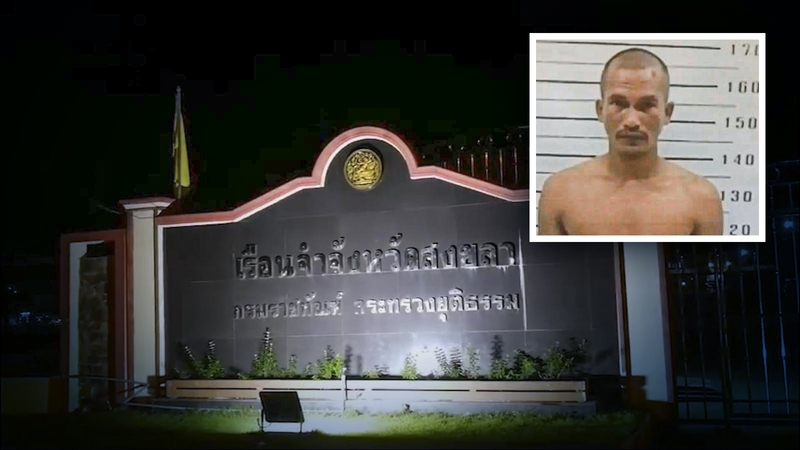 The prisoner who escaped from Songkhla provincial prison has been recaptured by police at a rented house in Singhanakhon district.

Officiers of Muang Ngam Police Station have also posted the arrest of Dalok-Ani MaPrasit, jailed for burglary, on their Facebook page on Friday (December 27) at 1pm.

It was reported that Dalok-Ani escaped from the prison on December 26 by climbing out of a hole he made on the roof, then stealing a shirt and a pair of pants left out to dry, before exiting the prison’s grounds.