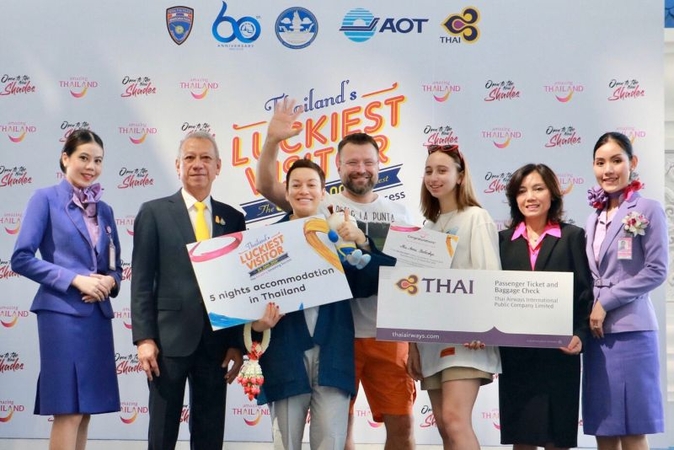 Minister of Tourism and Sports Phiphat Ratchakitprakarn, together with Tourism Authority of Thailand (TAT) executives, greeted the 39-millionth tourist of 2019, under the campaign "Thailand’s Luckiest Visitor, The Amazing Smashing Success", at Suvarnabhumi Airport on Friday (December 27).

“The campaign is aimed at promoting Thailand as a preferred destination, as well as urging Thai people to be good hosts to those tourists, making them want to return to the country,” the minister said.

The 39-millionth tourist was Russian woman Anna Pavlovskaya (45), who arrived from Moscow with her family.