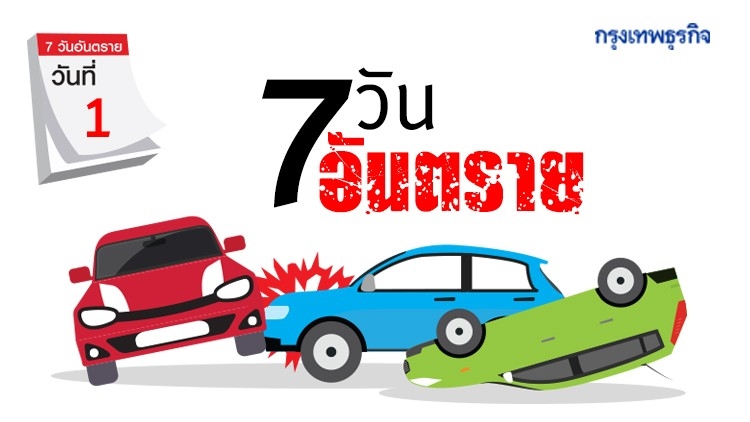 Forty-three deaths were reported and 466 people were injured in road accidents on Friday (December 27) on the first day of the year-end holiday travel.

Friday was the first day of the infamous “7 dangerous days”, the period during New Year holidays when road accidents in Thailand spike due to overwhelming numbers of travellers heading home to spend New Year with their families.

“Most of the deaths and injuries were to people in the age range of 50 years and over, or 29.27 per cent,” said the minister. “The number one cause of accidents was drunk driving (30.39 per cent), followed by speeding at 24.78 per cent. Vehicles involved in most accidents were motorcycles (80.08 per cent).”

A great number of accidents (30.39 per cent) occurred between 4pm and 8pm, while the most common place where the accidents happened was highways (39.22 per cent) followed by district and local roads (30.6 per cent).

Anutin added that on the first day more than 63,000 highway officials and police were working at 2,026 checkpoints countrywide. There were 731,933 vehicles being called for inspection, with 158,453 persons being given tickets, mostly for not wearing a helmet and not having a valid driver’s licence.

If you require roadside assistance or witness a road accident, contact hotline 1784 or 1669.