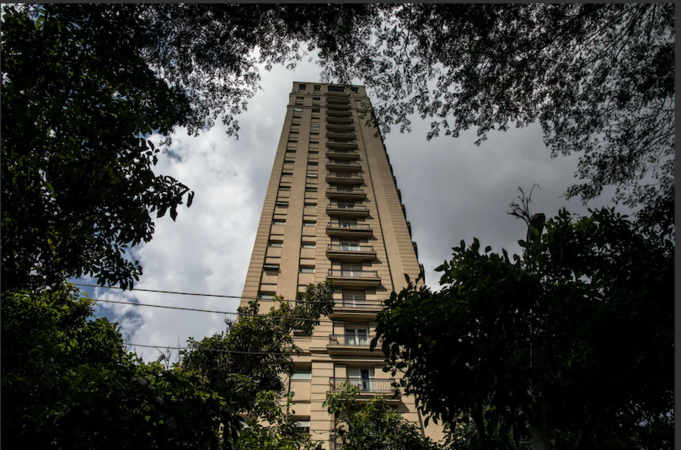 A luxury apartment building stands in the Vila Nova Conceicao neighborhood of Sao Paulo on May 6, 2019. MUST CREDIT: Bloomberg photo by Victor Moriyama.

Sao Paulo real estate has never been so hot.

Walking around Brazil's wealthiest city, it's impossible to avoid the construction sites suddenly breathing life into formerly empty lots. One street alone in Itaim Bibi, the city's financial district, has five skyscrapers going up. Newspapers are packed with ads for new high rises targeting just about anyone with a steady paycheck. 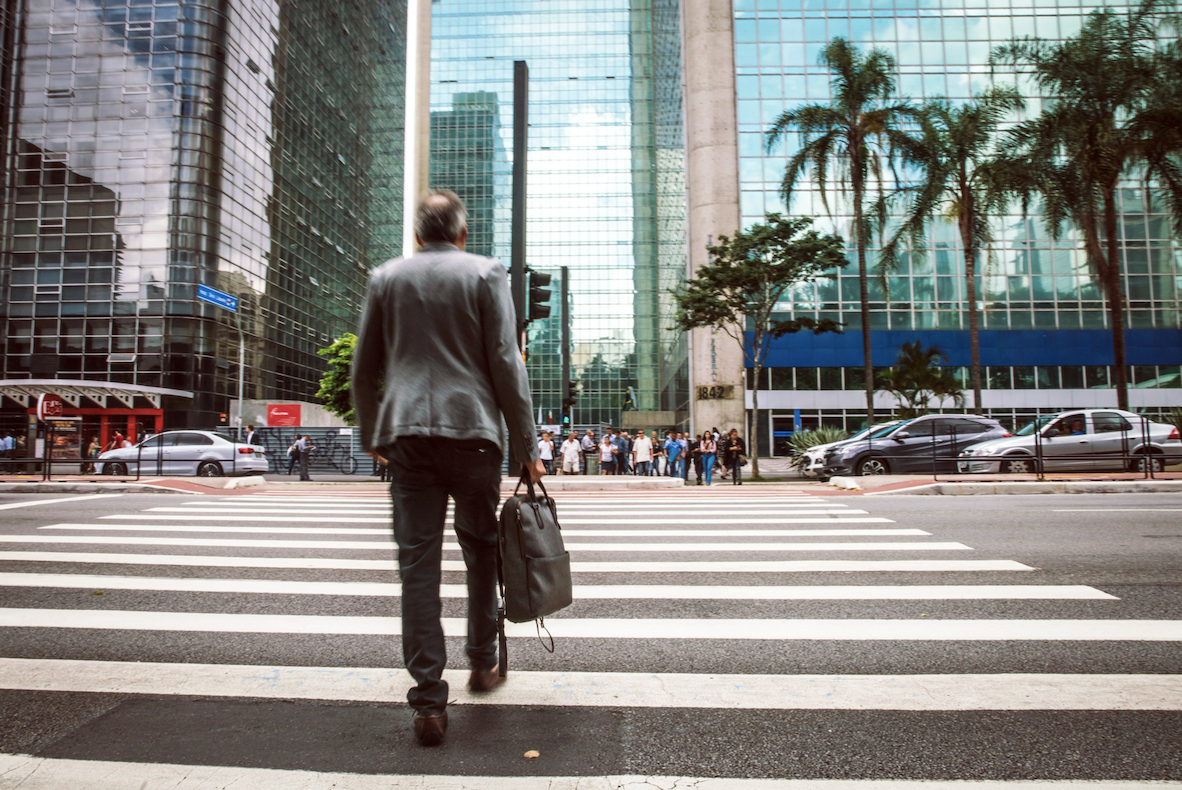 And then there are the real estate brokers. In some neighborhoods, they seem to be everywhere, waiting to pounce on any passer-by who might seem like a potential buyer. They lurk outside of bakeries and wait at traffic lights, proffering leaflets showing grand renderings of buildings covered in lush green plants or packed with all the services of a five-star hotel.

The resurgence stems from a combination of repressed demand after years of sluggish growth and record-low interest rates. Economists point to the construction boom as a sign that things are turning around, citing an industry expansion rate in the third quarter that was twice as fast as the increase in gross domestic product. The jump comes after 20 consecutive quarters of contraction for the sector.

Builders started construction of more than 36,000 new residential units -- mostly apartments -- in Sao Paulo in the first 10 months of the year, putting 2019 on track for the most new projects since at least 2004, according to the city's chapter of the Builders' Association, Secovi. Average prices inched up 2% this year through November to about 9,000 reais ($206 per square foot) per square meter, according to the FipeZap index.

"2019 is going to be the best year" in terms of sales and new projects, said Emilio Kallas, vice president of Secovi's local chapter and chief executive officer at privately-held Kallas Incorporacoes e Construcoes. "The effect of lower rates on the economy is being underestimated."

A dramatic drop in interest rates -- the benchmark Selic has gone to 4.5% from 13.75% just three years ago -- boosted demand for mortgages. New real-estate loans to individuals totaled 78.4 billion reais this year through October, an 9% increase compared to the same period last year, and the trend is accelerating. October was the best month since December 2016, according to central bank data.

With about 20 million people living in the metropolitan area -- or roughly 10% of Brazil's population -- Sao Paulo is the financial capital of the country and the home for most of the new residential projects. But the boom already visible there will soon be felt across Brazil, according to Eduardo Fischer, co-chief executive officer of MRV Engenharia e Participacoes, the world's third-largest homebuilder. Sao Paulo is home to MRV's largest development, a 7,300-apartment, 51-tower mammoth for lower-income buyers, at an average price of 230,000 reais.

"Sao Paulo had a head start because it's a stronger market and is already growing," Fischer said in an interview. "It will happen next in other capitals and states in the following quarter and years."

While prices in other cities like Manaus and Florianopolis also rose as the sector recovers, they're still falling elsewhere in the country, leaving average prices unchanged for the year, according to FipeZap.

The new high rises range from low income units to the ultra-luxurious -- think "zen rooms" and pet care services. The Iconyc, which describes itself as "born between New York and Ibirapuera" and sells four-bedroom apartments for about 2 million reais, offers shared game rooms for adults and children, as well as two pools -- one complete with a ceiling designed to evoke starry nighttime skies. The St. Leopold building offers as many as nine parking spots per apartment, a common perk for Sao Paulo's wealthiest. Prices posted online start at 15 million reais.

A few blocks over on the tree lined Faria Lima Ave., the VN is part of a new trend of tiny studio apartments popping up in Sao Paulo. Owners looking to escape the confines of their 22 square-meter apartments can socialize on a rooftop garden or the ground-level cafe, amenities the builder hopes will appeal to millennial clients. The smallest unit costs about 500,000 reais, coming to 23,000 reais a meter, and all apartments have been sold, according to builder Vitacon.

The turnaround is attracting investors such as BlackRock Inc. Ed Kuczma, who oversees $1.9 billion in the company's Latin American equity funds, and is overweight on homebuilders.

"The sector is in a unique moment with low interest rates and housing prices below previous peak levels," he said.

The portion of the country's GDP that stems from building activity grew 1.3% in the third quarter, more than double the economy's 0.6% advance, according to the national statistics agency. The possibility of further rate cuts -- which the central bank left on the table on its latest decision last week -- have added to the optimism the economy will rebound in 2020, growing twice as much as the 1% forecast for this year.

"The economy is advancing toward an important inflection point where the private sector is the main source of growth," Kuczma said. "Out of all the investible economies in Latin America, Brazil appears to be the one that can accelerate GDP growth the fastest in 2020."