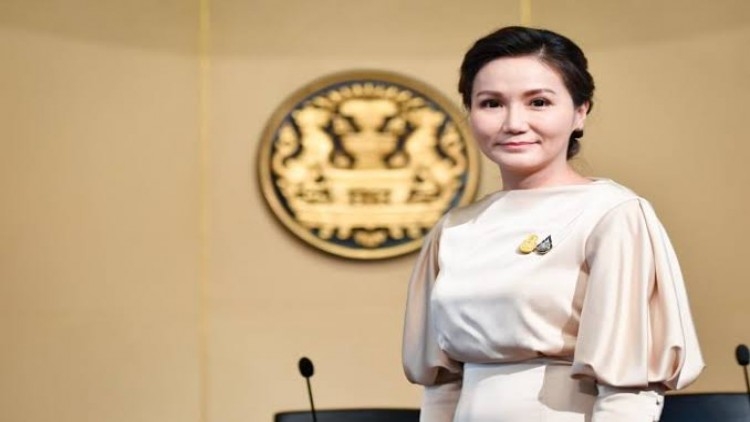 Government spokeswoman Narumon Pinyosinwat on Monday (December 30) announced the government’s achievements in the first five months of its term.

The government has continued work started during the previous administration on expanding the transportation network with a focus on reducing pollution and traffic congestion, In Bangkok, the electric rail system has been expanded in several areas. These are: 14 km of the MRT Blue Line (Hua Lampong-Bang Khae, Bang Sue-Tha Pra), 19 km of the MRT Green Line (Mo Chit-Saphan Mai-Kukot), 22 km of the MRT Orange Line (Cultural Centre-Min Buri), 15 km of the MRT Light Red Line (Bang Sue-Taling Chan), 26.3 km of the MRT Red Line (Bangsue-Rangsit), 34.5 km. of the MRT Pink Line (Khaerai-Min Buri) and 30 km of the MRT Yellow Line (Lad Phrao-Samrong). When all the networks are connected, the system will help reduce commuting times in the metropolitan area, as well as reduce the use of personal cars and polluting emissions.

Furthermore, the government has opened additional passenger terminals at U-tapao, Rayong and Pattaya international airports, which will help accommodate additional 3-5 million passengers from both domestic and foreign destinations. Another notable transportation-related project initiated by the government is the high-speed train project connecting Don Mueang – Suvarnabhumi - U-tapao airports that will help promote the tourism and industries in eastern economic corridor areas (EEC), resulting in improvement of infrastructure and additional employment in surrounding communities.

The government has initiated price guarantee schemes for several economic crops as well as implemented parallel measures to stabilize the prices of agricultural products, such as providing a subsidy for production and harvesting costs to rice farmers at Bt500 per rai (maximum 20 rai per household) and giving loans to farmers to slow down the release of the produce to market to prevent oversupply. Most importantly, the government has announced that biodiesel B10 will be the standard diesel for domestic consumption, which helped stabilize the price of palm oil and helped farmers sell their supplies at reasonable prices without the need for additional subsidy.

The government has implemented several measures specifically tailored for low income earners, such as extending the utility bill subsidy programme for households that use less than 50 units of electricity and less than Bt100 of water until September 2020, providing a travel allowance at Bt500 per month and a consumer products allowance at Bt200/300 per month, refunding 5 per cent of VAT when spending via state welfare card and depositing 1 per cent of spending to the National Saving Fund in the cardholder’s name. Moreover, the government also helps low income earners by providing occupational training and fixing debt problems in hope that they can eventually improve their economic status and sustainably eradicate poverty from Thai society.

“The government’s policies focus mainly on the need of people while at the same time aim to drive the country forward in the modern world. There are several more projects that the government is working on which it will communicate with the people in later occasions. Please stay tuned for more updates,” added Narumon.