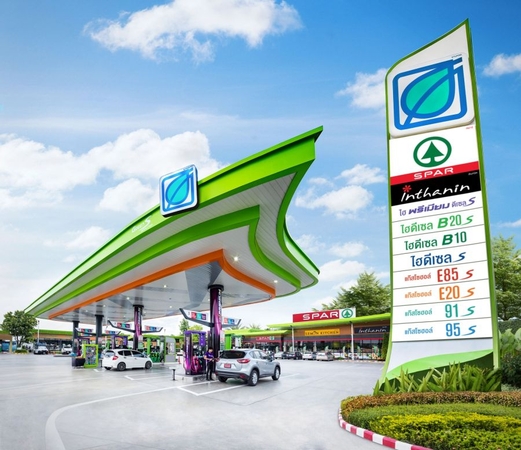 Somchai Techavanich, Chief Marketing Officer and Vice President of Marketing at Bangchak Corporation Plc (BCP) recently announced that the company is planning to install EV chargers at its petrol stations under an MoU for clean energy business development signed with the Provincial Electricity Authority (PEA).

“Currently PEA is surveying the sites of Bangchak’s petrol stations that are suitable for installing EV chargers,” he said. “We will be using the fast charge model that requires about 20 minutes of charging time, and are planning to install charging stations at intervals of 100 km along the major highways.”

Somchai further added that PEA will be responsible for the installation cost and service fee charge, while BCP provides the spaces for charging, such as in front of Inthanin Coffee Shop.

“The installation should start in the first quarter of 2020 in selected stations to test the system, and will expand to 62 stations nationwide within the first year,” he said. “At present Bangchak has a few charging stations of its own, but they are not very popular since most EV users prefer to charge at home.”

Furthermore, in 2020 Bangchak is planning to install solar rooftops on its patrol stations and retail shops managed by Bangchak Retail Co Ltd as part of the company’s clean energy business development initiative. The project will be financed by BCPG Pcl, a subsidiary of BCP. “In the early phase we will install solar rooftops at 220 gas stations under our management, and then expand to the stations managed by dealers and business partners,” he added. “The solar rooftop will help reduce electricity cost of each station by around 10-15 per cent.”