Four days of the “7 dangerous days” have so far seen 208 deaths and more than 2,000 injuries on the roads across the country, the Department of Disaster Prevention and Mitigation’s Road Safety Directing Centre announced in a press conference today (December 31).

During the “7 dangerous days” (December 27-January 2), road accidents spike due to the overwhelming number of travellers heading home to spend New Year with their families.

“As of December 30, the fourth day of seven dangerous days, there have been 1,988 road accidents reported, with 208 deaths and 2,031 injured people,” said Department of Probation director-general Witthawan Sunthornkajit at the press conference. “The number one cause of accidents is drunk driving, 33.20 per cent, followed by speeding at 28.66 per cent.” 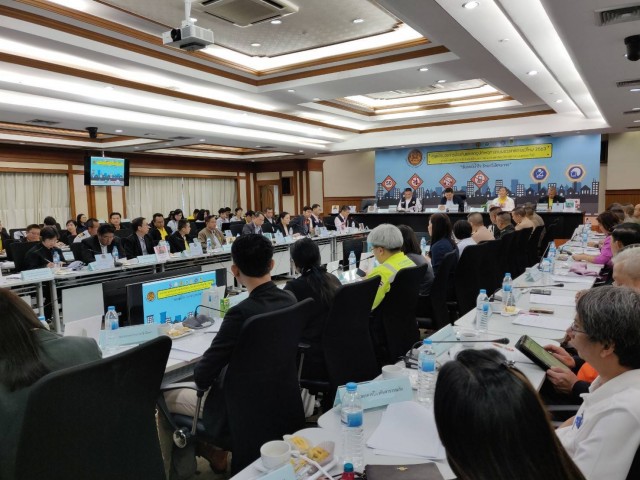 According to Witthawan, most of the deaths and injuries were recorded among people 50 years and over, or 29.70 per cent. Vehicles most involved in the accidents are motorcycles (81.76 per cent). The majority of accidents occurred between 4pm and 8pm (26.19 per cent), while the common spots where the accidents took place were highways (38.14 per cent), followed by district and local roads (35.46 per cent).

Through the four-day period, more than 64,000 highway officials and police worked at over 2,000 checkpoints countrywide. Meanwhile, 998,559 vehicles were stopped for inspection and 221,435 persons given tickets, mostly for not wearing a helmet (59,953 persons) and not having a valid driver’s licence (52,650 persons).

“Chiang Mai saw the most accidents – 61 – while Bangkok witnessed the most deaths – 11 persons. Nakhon Pathom had the most injuries, 66 persons, over four days,” he said. “There are 16 provinces that have not seen any fatal casualty yet during the 7 dangerous days.” Witthawan added that today (December 31), more people would go out to celebrate New Year countdowns, therefore officials have been instructed to beef up security checks at checkpoints to prevent accidents, especially speeding drivers and drunk driving, and even monitor restaurants and pubs to make sure no alcohol is sold to those under 20 years old.