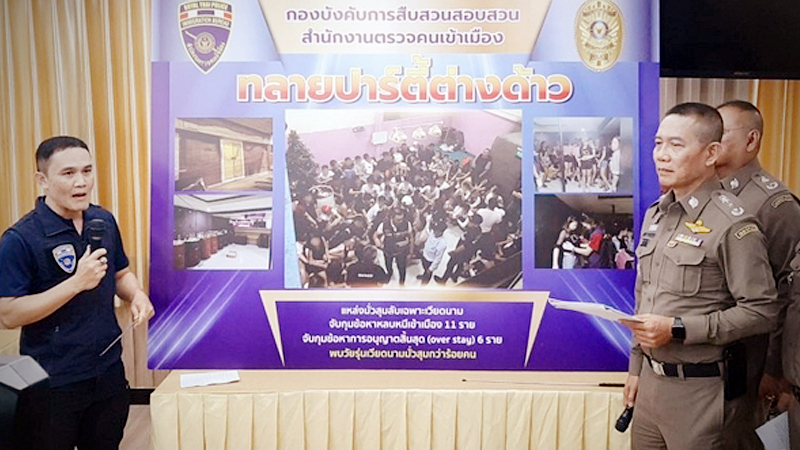 Police raided a commercial building in Bangkok’s Suanluang district early Wednesday morning (January 1) and discovered an unlicensed bar where drinks were being served illegally to an almost exclusively Vietnamese clientele amid loud music and dancing.

Among the more than 100 revellers, 11 were found to be illegal immigrants and six had overstayed their visas. They face prosecution.

Police logged the names of everyone else on the premises.

It was not immediately clear who organised the parties or whether charges will be laid regarding the gatherings.

Immigration Police chief Lt-General Sompong Chingduang, briefing reporters on Friday (January 3) about the raid, said an informant had alerted officials to the building on Pattanakarn Road where after-hour parties were held.

Residents told police that Vietnamese youths regularly gathered at the building after the local pubs closed at around 2am.