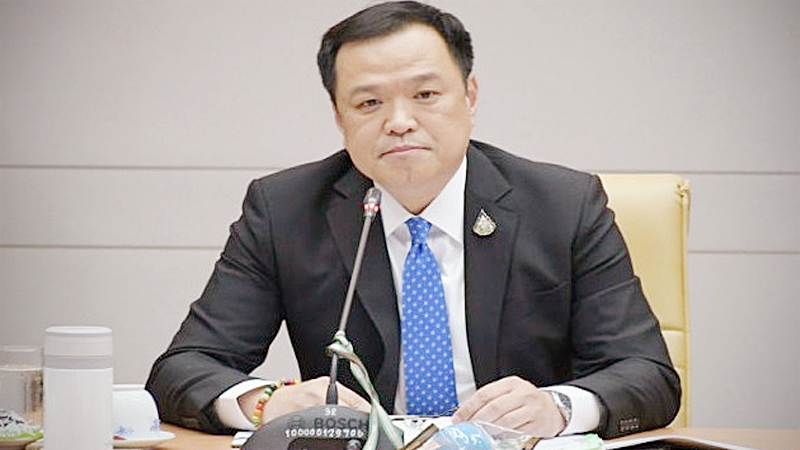 The government plans to increase medical cannabis availability for people in Bangkok and its surrounding areas by opening more cannabis clinics and providing a booking service via a smartphone app.

Deputy Prime Minister and Public Health Minister Anutin Charnvirakul said on Friday (January 3) that his ministry will open a cannabis clinic under Thai Traditional Medicine at the Museum of Public Health and Thai Traditional Medicine (Thai Pavilion Building), Department of Thai Traditional and Alternative Medicine in Nonthaburi province on Monday (January 6.)
“This clinic aims to expand the availability of medical cannabis to patients in Bangkok and its perimeter,” he said. “It will be open daily except public holidays instead of opening only on Tuesday like other cannabis clinics.”
The deputy PM further explained that to make it more convenient, patients can book the service in advance via the mobile application “Dr. Ganja in TMM”, which is available in both android and iOS systems.

“Patients visiting the clinic must provide detailed medical history, while the distribution of medical cannabis would be closely supervised by doctors under Thai traditional medicine,” he said. “It is highly recommended that the patients should personally pick up the medicine and show their ID card, since doctors reserve the right to withhold giving medical cannabis to non-patients to prevent drug abuse problem.”
The Ministry of Public Health is planning to extend the service hours of the cannabis clinic at Chaophraya Abhaibhubejhr Hospital in Prachinburi province and open an additional clinic at Bamrasnaradura Infectious Diseases Institute in Nonthaburi province.