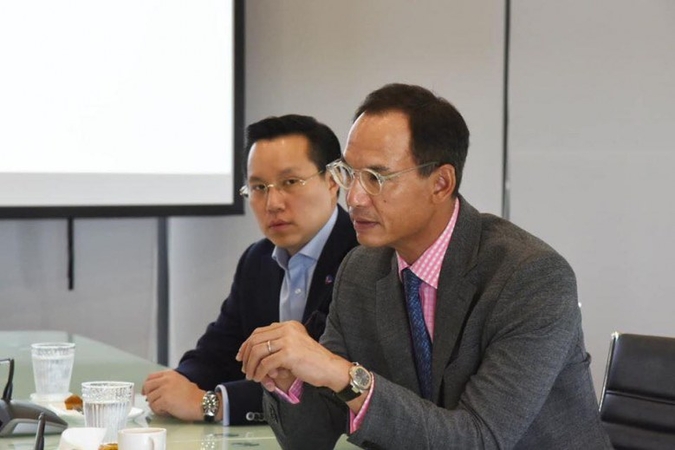 Rumours have been doing the rounds that Democrat Party member of the House of Representatives, Korn Chatikavanij, has held discussions with his business friends to join a party he intends to launch.

One of the businessmen Korn tried to invite was Tassapon Bijleveld, AirAsia’s former chief executive officer.

Korn also has reportedly contacted Future Forward Party (FWP) members of the House of Representatives, and asked them to join his party in case their party is dissolved. The party is facing a case for dissolution in the Constitutional Court.

Earlier, the ruling Palang Pracharath Party had invited Korn to join the party but he refused, reportedly because he planned to establish his own party.

However, Korn told newspaper Bangkokbiznews that the reports were merely rumours.

“I am a Democrat Party member, and will participate n the Cabinet meeting next week to consider the government’s budget,” he added.