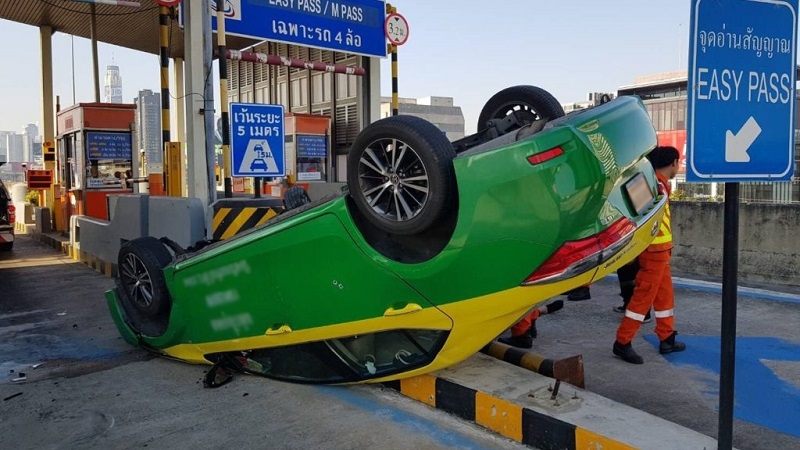 A taxi driver was killed when he lost consciousness on the Dindaeng tollway while driving, leading to the taxi crashing into concrete barriers and flipping over.

Taxi driver Manas Mapradit, 59, was found dead in the car while a passenger was trapped inside. A rescue team extricated her from the wreck and took her to Piyavate Hospital.

During interrogation, the injured passenger revealed that the taxi driver had told her he suffered from some health symptoms but she did not realise what it was until he passed out while driving resulting in the vehicle crashing into barriers.