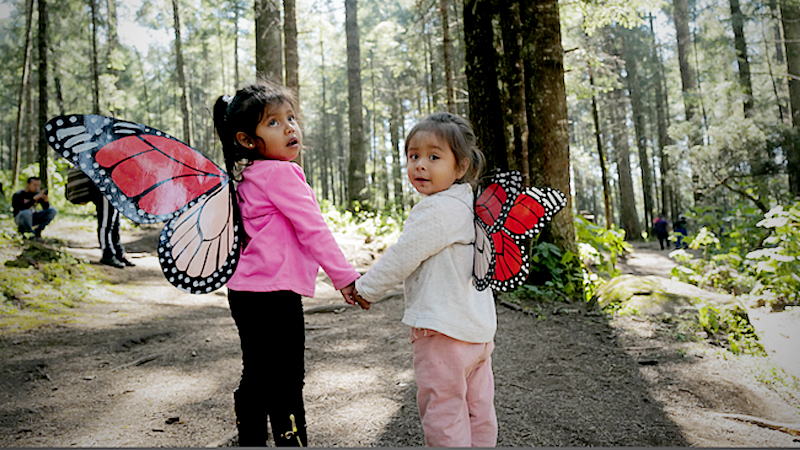 ROSARIO, Mexico - No one knows when millions of monarch butterflies began crisscrossing North America, spending their winters clustered on the same hillsides in Central Mexico, a blaze of orange wings in the green forest.

But over the centuries, they were mythologized by generations of humans. Locals believed they carried the souls of their ancestors. Scientists saw the migration as the proof of insect evolution - a brittle organism that could fly 6,000 miles a year to avoid severe weather. 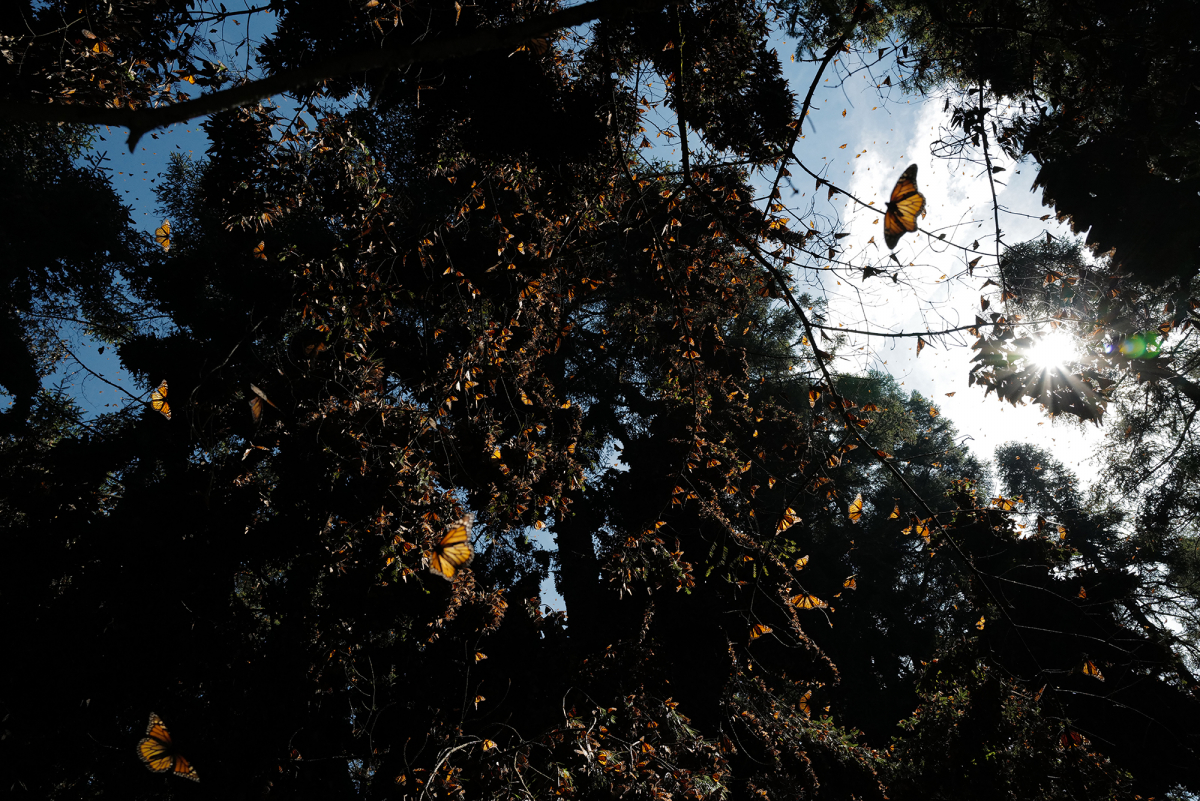 Now, the monarch has morphed into a different kind of symbol. One of the world's oldest, most resilient species could be decimated - and soon - by climate change.

Their life cycles are driven by a search for optimal conditions: temperatures ideally between 55 and the low 70s when they migrate, some rain during their winters and plenty of milkweed when they mate. The criteria are narrow - and dependent on relatively consistent weather patterns. 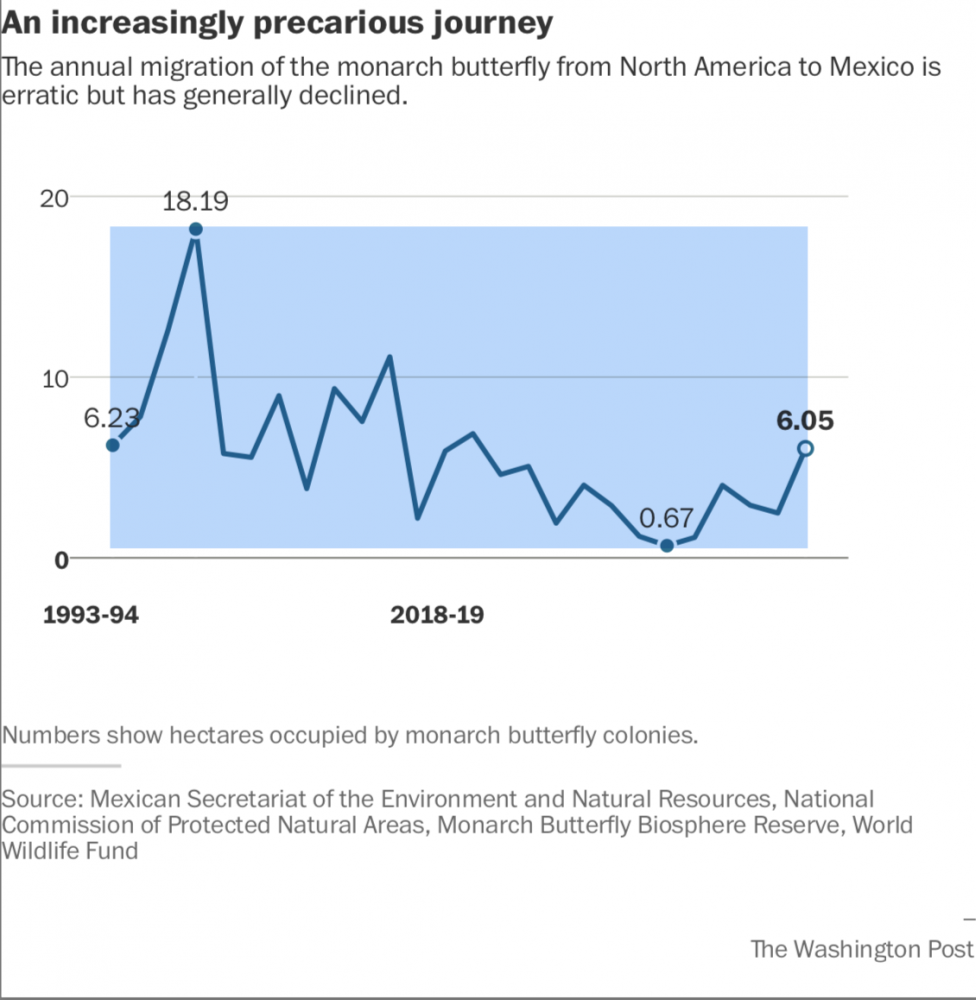 That consistency no longer exists.

Now summer temperatures in the Midwest are soaring. The milkweed in Texas is drying up. Winter storms, once rare, are snaking through central Mexico regularly as air warms over the Pacific Ocean and blows across the region.

"The question we're asking is 'Can one of the world's most adaptive insects adapt to climate change?'" asked Karen Oberhauser, who studies the species at the University of Wisconsin. "We are changing the conditions and just waiting to see."

To specialize in monarch butterflies in 2019 is to wonder constantly if your work is about to go extinct. While almost all species could eventually be consumed by a changing climate and habitat loss, few are as likely to vanish as abruptly as the monarch.

Between 1990 and 2015, the U.S. Fish and Wildlife Service says, a billion butterflies vanished.

Because over 95 percent of the population migrates en masse to a few patches of Mexican forest, each smaller than half a football field, a single storm or heat stroke could effectively kill off the population. (A smaller percentage of the butterflies winter in Southern California or Florida, where they face their own challenges.)

That nearly happened in 2002, when a winter storm killed about 75 percent of monarchs. And again in 2012, when a heat wave in the Midwest killed tens of thousands.

"At every stage in their migration, they are threatened by climate change," said Eduardo Rendón, the monarch butterfly coordinator for the World Wildlife Fund in Mexico.

Each time, they rebounded - but barely. Last year, the population grew when a cold front in North Texas forced butterflies to stay in South Texas for longer than usual, increasing the length of their breeding season.

But this year brought another scare, as temperatures in Oklahoma and Kansas soared as monarchs passed through. It was the second hottest September in 125 years in those states. The impact on the population has not yet been calculated.

"If you're talking 20, 30, 40 years out, we're not going to be talking about monarchs any more," said Chip Taylor, the founder of Monarch Watch and a professor at the University of Kansas.

One way to chronicle the toll of climate change is simply to list, one by one, the species that it eliminates. By one measure, that list started this year.

In February, the government of Australia recognized the first mammal to go extinct due to climate change: the Bramble Cay melomys, a small rodent that lived on an island in the Great Barrier Reef.

But the melomys, with its glassy eyes and tiny rat-like mouth, was - to the human imagination, at least - as far from the majestic monarch as a species can get. Sympathy for animals is not democratic. There's nothing logical about our love for the monarch, nothing that makes its possible extinction any more tragic than that of the melomys.

To see the monarch migration arrive in central Mexico is to be transported into a waking dream. Tree branches droop under the weight of thousands of butterflies. Each morning, when the sun hits, they scatter in a glittering cloud of orange wings. In parts of the forest, looking up from the ground, visitors see more butterflies than sky, the only sound the quiet flapping of wings against the ground and leaves.

"The monarch's overwintering colonies in Mexico rank as one of the great biological wonders of the world," wrote Lincoln Brower, the world's pre-eminent expert on the species, who died last year.

The United Nations reported this year that 1 million species of plants and animals face possible extinction "within decades" - due in large part to climate change. The monarch is among them. American scientists spent more than a century trying to find the population in Mexico. A National Geographic headline celebrated their discovery by the Canadian zoologist Fred Urquhart in August 1976: "Discovered: The Monarch's Mexican Haven."

Yet the people of Rosario had seen the butterflies land here for centuries. It was their own private spectacle, remote enough that no Americans had located it. Pre-Hispanic pottery has been found emblazoned with images of butterflies. Across the region, soccer teams, schools and businesses are named after the monarchs.

"Our grandparents told us, 'Take care of them. They're angels,'" said Homero Gomez González, the former commissioner of Rosario.

He remembers the mid-1970s, when the American scientists started to arrive. And then, soon after, the American tourists.

"We came to believe that the tourism could be good for us," he said.

Scientists still aren't entirely sure why the monarchs concentrate on this same hillside and a few others. The high altitude has generally provided a temperate climate. The tree cover and access to water is also crucial. But there are other hillsides in the region that seem to offer similar conditions.

"There's a lot we still don't understand about why they end up there," Oberhauser said.

González and other local leaders tried to restore the forest that had been badly damaged by illegal logging, which in turn displaced clusters of butterflies.

That restoration has largely been successful. But now climate change poses a greater threat.

Some humans are making small efforts to help the monarchs prepare climate change. Here in Rosario, the World Wildlife Fund is planting drought-resistant oyamel trees, which should be able to provide shelter to the monarchs even as temperatures rise. But experts say the effort isn't likely to change much.

"The migration will disappear unless we solve climate change," Taylor said.