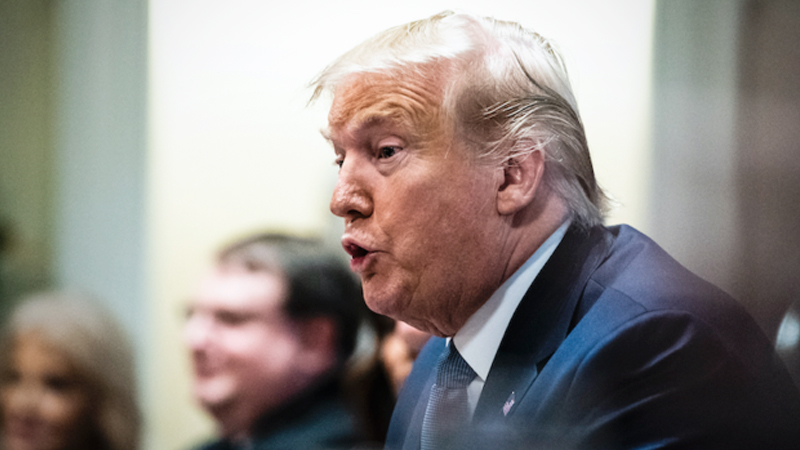 A lawsuit alleging that Donald Trump sexually assaulted a former "Apprentice" contestant more than a decade ago can be heard by New York State's highest court, a panel of judges ruled Tuesday.

The decision by an appellate division of the New York Supreme Court granted Trump's legal team's request to have the case heard by the New York Court of Appeals. Trump's team has argued that he should not be subject to actions in state courts while he is in the White House.

Trump had been scheduled to give a deposition by Jan. 31, but that is now on hold.

A statement from the firm of Trump's attorney Marc Kasowitz, said "we are pleased" about the decision.

"We believe that the Court of Appeals will agree that the U.S. Constitution bars state court actions while the President is in office," the statement read.

The defamation lawsuit was brought by Summer Zervos, a former "Apprentice" contestant who claimed that Trump groped her and kissed her against her will on various occasions in 2007 in New York and Los Angeles.

Zervos is one of about a dozen women who accused Trump of sexual misconduct before the 2016 election. Her case has been moving slowly through the New York courts and could potentially be decided before the 2020 election.

Trump has denied accusations of sexual impropriety. He has said he never met Zervos at a Los Angeles hotel where she claims he groped her in his room. "To be clear, I never met her at a hotel or greeted her inappropriately a decade ago," Trump said after she made her accusation.

Trump called Zervos and other women who have made accusations against him "liars," prompting Zervos to sue him for defamation.

Trump's lawyers have tried to block Zervos's suit, arguing that the president is immune from such state court lawsuits. But last March, a New York appellate court ruled that Trump had to face the defamation lawsuit. The Trump's team appealed to the higher court.

The case has already brought to light excerpts from Trump's personal calendar and cellphone records showing that he had communicated with Zervos and that he was in Los Angeles around the same time that she claims she was sexually assaulted by him.

Zervos's lawyer, Beth Wilkinson, said in a statement on Tuesday that "we look forward to presenting our arguments before the Court of Appeals and continuing to advocate on Ms. Zervos's behalf."

"We remain confident that we will prove her defamation claim in court and that Mr. Trump will face responsibility for his actions," Wilkinson's statement said.